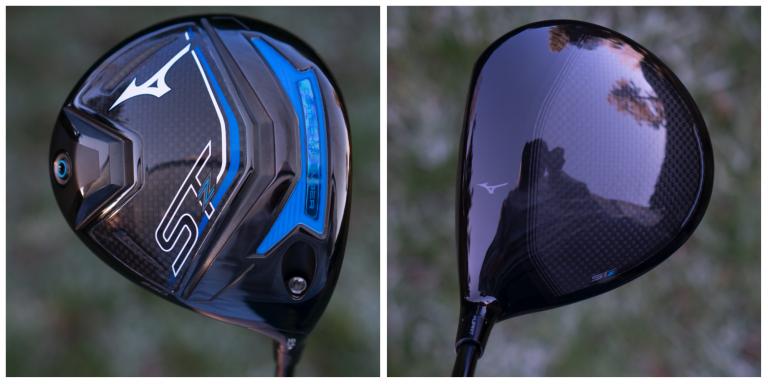 - An improved look in the club head when compared with previous editions, with a nice finish down at address. - Improved feel and a lot more solid across the club face. - Very consistent ball speeds across the club face.
- The price is a little high when you consider the quality compared with the top-end brands. - The ball speeds aren't as fast as new releases from TaylorMade and Callaway.
Our score:
Overall:
4.5
PRICE: £499.00 YEAR: from 2023

Mizuno believes it has found the "missing piece" to the ball speed equation with the ST-230 Series, recording vast improvements from the previous ST-220 series.

Mizuno has announced its intention to return to a two-year cycle after completing the new project to elevate the performance of its metal wood line.

European Ryder Cup captain and former World No.1 Luke Donald is using the ST-Z 230 driver this week at the Abu Dhabi HSBC Championship and it worked to perfection as he led after the opening round.

"He’d probably admit to being a better driver of the ball now than he was at his peak.  His ball speeds are significantly up on where he was 10 years ago and the equipment plays a significant role in that," said Mizuno's Chris Voshall.

Mizuno believes this model is the easiest switch and transition from old to new since embarking on the "Tour Ready. World Ready" project.

Take a look below at our review of the Mizuno ST-Z 230 and ST-X 230 drivers on YouTube and leave any comments and questions you have in the comments section below the video.

What are the new Mizuno ST-230 drivers all about?

ST stands for 'Speed Technology' and Mizuno believes it has cracked the case in ball speed with the all-new CORTECH Chamber which is placed just behind the club face.

The CORTECH Chamber encases a stainless steel weight and this reduces stress in the club face and creates an additional source of energy. With weight close to the face, the object is to reduce spin and optimise the centre of gravity.

We tested the ST-Z 230 and the ST-X 230 models. The ST-Z design encourages a more straight and neutral ball shape, whereas the ST-X weight is more in the heel which promotes a draw.

The Mizuno ST-Z 230 could be suited to better players who want straight shots and a neutral ball flight, but it is difficult to point you away from one or the other. Both drivers can suit a variety of different golfers, so test them both and see what you think.

The look of these ST-230 drivers is fantastic. With the light blue and black colourway, with a hint of white, Mizuno has certainly nailed it with the design and aesthetics.

The blue is a particularly nice touch and when you look down at address, it is similar to the PING G430 LST driver in the way it is blended. The look is massively improved from the last series.

After hitting shots indoors, we immediately found the feel to be good. With previous Mizuno driver models, the feel has been fairly unpleasant and muted, but we enjoyed the connections we experienced from the club face.

Although the Mizuno ST-Z 230 isn't as fast as the new releases from TaylorMade or Callaway, we were pleased with the ball speeds and the feedback from the club face.

On some shots, the spin was slightly higher than we wanted, but we enjoyed the consistent ball flights and shot consistency. This driver is aimed at the better player, but with the forgiveness and performance it offers, this driver could suit all golfers.

The dispersion was one of the most encouraging features of the ST-Z 230 driver. We found pleasing results with off-centre hits and this compliments any golfer's game.

Our average yardage with the ST-Z 230 was 304 yards and our average ball speed was 168.3 mph. The average spin was 2973, so these numbers are certainly nothing to sniff at.

The Mizuno ST-X 230 has a higher loft and a higher launch and it has a draw bias too. A lot of Tour players enjoyed the performance of the ST-X 230 because it is constructed to improve your performance across the club face.

Based on our results in the studio, you will find more fairways with this driver because of the forgiveness and consistency across the club face.

On balance, we preferred the ST-X 230 because of the consistency and the number of straight drives we hit. Both clubs suit a wide range of golfers with their solid ball speeds and high levels of forgiveness.

The looks of these drivers are very good and will likely prove very attractive to many golfers. For £499, this is still an expensive price tag, but you might find Mizuno offers more value than other brands.

It isn't a bomber and it's not a low-spinning machine that delivers maximum distance. But consistency is the name of the game with these drivers and the feel across the face will please many club golfers.