We test and review the new ST190 and ST190G drivers from Mizuno. 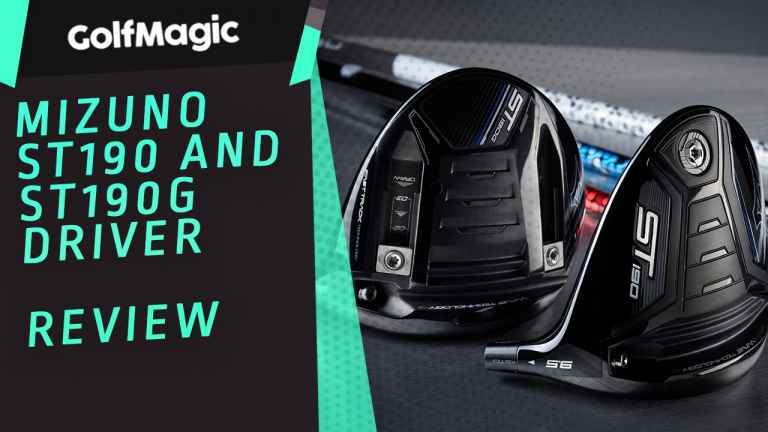 Look phenomenal, excellent feel, perform well, both offer different spin rates
Ball speeds not quite as fast as others, could still improve on sound
Our score:
Overall:
4.5
PRICE: £399.00 YEAR: from 2019

When it comes to picking a new driver, there are a lot of things to consider. Performance aside, something that is crucial in modern drivers is the design and how it looks. Mizuno have completely smashed it when it comes to their ST190 and ST190G drivers, they simply look incredible.

When it comes to irons, Mizuno are one of the best in the business, but they've never really been known for their drivers. This year, Mizuno launched the ST190 and ST190G drivers and everyone has been shocked with the impression they have made on the industry. When we got them out the box at GolfMagic HQ, they certainly put a smile on our faces.

Featuring Wave Technology, which is an Amplified Wave Sole that expands the COR area across the clubface to increase ball speeds. The 'speed-engineered' ST190 drivers are Mizuno's lowest spinning drivers they've ever launched and combined with their sleek design, they offer quite the driver package. Watch below as GolfMagic's Jack Seddon puts the ST190 up against the ST190G:

Faultless. We can't say a single bad thing about the design of the ST190 and the ST190G drivers. They look amazing, they're modern, sleek, tidy and everything you want in a driver. Even the ST190G still looks brilliant, which considering there are two weight tracks, is a hard thing to accomplish. Mizuno have produced not one but two drivers that have a special WOW factor about them. We didn't think there would be a driver that competes with the Cobra F9 in terms of looks, but both Mizuno drivers give the F9 a run for its money.

The feel of both drivers is very responsive, especially when you catch it straight out the middle, you feel like you don't even need to watch the ball as the feel was so good. The sound of a driver is a very personal taste so when reading our club reviews do bear that in mind as you could have a completely different opinion. When it comes to the new Mizuno drivers, they didn't produce our favourite sound out of the drivers we've hit this year. The ST190G sounded better than the ST190, but take a listen in the video and see what you think.

As expected, both the ST190 and ST190G performed very well. In the St190 you have a very forgiving driver that you;re going to get some consistently good numbers from. If you're looking for a driver with a low spin and a little extra distance, then go for the ST190G as it's one of the lowest spinning drivers we've hit this year. The ball speeds weren't quite as fast as some of the other drivers on the market this year, but when it comes to a the 'total package', Mizuno are well up there with all aspects considered.

In GolfMagic's top ten drivers for 2019, the Mizuno ST190G was one of five to win a gold star. As a whole, I think the ST190G offers a driver that looks incredible, performs very well and is probably the most adjustable driver on the market. Saying that, you certainly won't be disappointed with the ST190, especially with it being the cheaper of the two and cheaper than a lot of other drivers currently out there. If you're a player wanting a really forgiving driver that also looks sharp, then go and try out the ST190. There are definitely some longer and faster drivers out there this year, but speed isn't everything. At GolfMagic we think that Mizuno have broken away from being considered just an iron brand and the ST190 and ST190G drivers are both excellent options if you're looking for a new big stick in 2019.