Alex from GolfMagic assessed the performance of the Honma TW757-S driver to discover if it was really the most underrated driver of 2022. 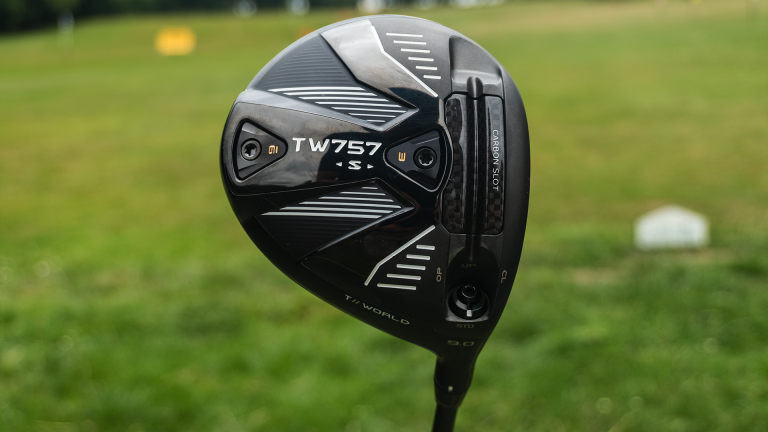 Honma is a Japanese-based golf brand which produces premium golf clubs and in the last few years, it has emerged as one of the most popular brands in the game.

This driver may be in the upper price bracket of the market at £559.00, but you could make an argument for this club performing as well as its market rivals.

What is the Honma TW757-S driver all about?

The driver comes with its own Honma Vizard shaft which separates it from other brands. This shaft is 50 grams and it is available in stiff and regular editions.

After testing the club, Alex discovered that although the shaft felt light at first, it was a suitable weight for his swing. The spine of the shaft doesn't move despite having an adjustable hosel.

With the brand-new carbon slot behind the face, this revolutionary addition to driver technology is meant to deliver increased ball speeds and increased distance.

Which golfers should use a Honma TW757-S driver?

As the Honma TW-757-S driver has a smaller head than its brother model and other drivers on the market, this club has been engineered towards better players.

If you are a confident ball striker and you have confidence in your ability to shot-shape and work your ball flights, then this driver could be the perfect addition to your bag.

If you want a bigger clubface and a driver with a touch more forgiveness, or you have a higher handicap, you should opt for the Honma TW-757-D driver.

The Honma TW-757-S driver is very aesthetically pleasing. It is not only a premium price, but it now looks like a premium product which has a comparable presentation to Titleist.

It has a sleek black finish which is not too crazy or eccentric. It has a very simplistic design and colourway and is very compact and tidy.

Alex compared the sound of the Honma TW-757-S driver to that of a Callaway or a Cobra club. However, Alex didn't think the feel deserves to be in that top price bracket.

You perhaps don't feel the benefit of the carbon structure as much as you do in other clubs such as the TaylorMade Stealth with its red face design and 60 layers of carbon.

Alex achieved a further 2 mph in clubhead speed and between 4 - 5 mph in ball speed. This resulted in up to 15 yards further in distance, so Alex was pleased with this side of the driver's performance.

Alex got used to the Honma TW-757-S driver the more time he spent with it in his hands. He hit drives of 315 yards which proved this club can deliver impressive distance.

Consistency and dispersion are key with your big stick and although Alex judged other releases in 2022 to represent better value than this, he was pleased with the consistency of this club.

Fairway finding is very important in the game of golf as we are all aware and this release by Honma will certainly help you to hit more iron shots from the short grass.

This Honma driver doesn't have a unique selling point and this is a factor as to why we believe it is not as underrated as many people would think compared to TaylorMade, PING or Callaway drivers.

At £559.00, you would want a club that has the wow factor and although it performed for Alex with increased ball speeds and increased distance, you could also find gains with a much cheaper driver.

The performance was nothing to grumble about and as Honma aren't as well-known and as highly thought of as its brand rivals, you could argue the TW-757-S driver is an underrated club.

The price is our main issue. Many Honma drivers from previous years have dramatically decreased in price, such as the Honma TW-747 Vizard driver, which is another consideration worth noting when buying your new driver.