New PING i59 Irons Review 2021! Can they beat the PING Blueprint irons? 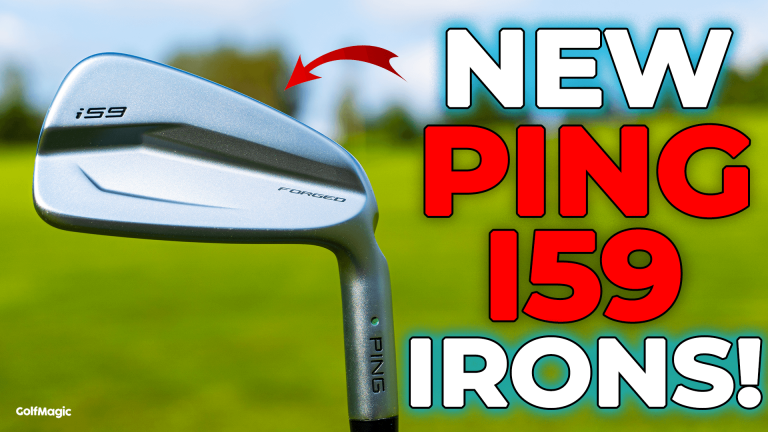 PING have announced today that they are releasing the new i59 irons, adding to their already impressive range of irons in the 'i model'.

The PING Blueprint irons were the most recent release from the company but now, the i59 represents a new introduction of forged irons.

These irons have a clean look with a forged 1025 carbon steel body. These clubs should feel amazing in your hands and they are an investment that is well worth considering.

Alex from GolfMagic took the new PING i59 irons to Mannings Heath Golf and Wine Estate to see how they performed.

WATCH OUR PING i59 IRON REVIEW BELOW

Alex compared the new PING i59 irons to the Srizon ZX7 irons with their tour flight and performance that suits players with lower handicaps.

When you hold these irons at address, they may look intimidating with their thin faces but they are a lot more forgiving than you would first think.

With its clean look and 1025 carbon steel body, the i59 irons are both aesthetically pleasing and provide a nice feel when you take your backswing.

The MOI has been increased in this new release by PING, which is as high as the i210 irons, but it is fair to say that if you do not excel in ball-striking, these irons may be hard to hit.

PING have told golfers to expect a lower ball flight and it is fair to say that they have delivered on their promise. The clubface produces a lovely, piercing flight which allows you to produce a good amount of spin on the ball.

As Alex showed on the course at Mannings Heath, the dispersion of his approach shots were fairly consistent when he used premium golf balls.

When they are struck out of the middle, the i59 irons are very satisfying to hit. But it is no secret that they are tough to hit and are suited to players with low handicaps.

PING do not release irons as frequently as other companies, but when they do, they produce high quality and reliable clubs that can be treated as a good investment.

The feel and look of the PING i59 irons are immaculate and they produce a forceful, piercing ball flight that maintains your distance as well as spin control.

They do have thin faces when you look down at address, which is why they could be suited to tour players or players with low handicaps.

The PING i59 irons will be made available on September 2 at a price of £239 per iron.