What do we make of the new Callaway player iron for 2014? 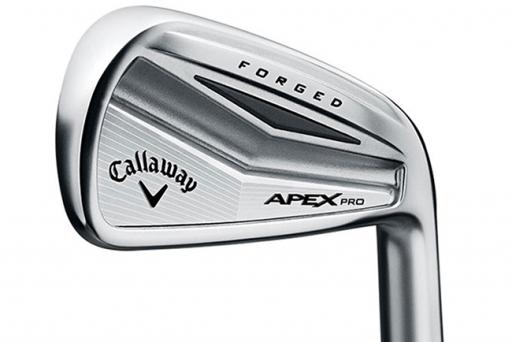 CALLAWAY APEX PRO IRONS feature a 1020 carbon steel forging to provide a soft, responsive feel that the best players in the world demand.

Tungsten weighted inserts in the soles of the long irons make them easier to hit on a Tour-type launch trajectory, while high performance wide grooves for more consistent spin.

One of the very best. Sexy looking both in palm of hand and down at address. It has that traditional players look all in a forging. Love the satin finish and everything just blends together nicely. Oozes class.

Every strike feels pure and incredibly soft. There's also a lovely sound. Ball flight confirms what you're feeling at impact. The ball doesn't fly off the face, which is also perfect for gauging distance control unlike some irons in this test. New KBS Tour V shaft feels much lighter and easier to control than the standard True Temper DGs out there. The shaft is built around Phil Mickelson's trajectory, though, and he has five majors, whereas on last count we don't.

Easy to control flight. Not the most powerful player iron out there but it's all about scoring precision. There's not a great deal of forgiveness here though. A real player's club that is very easy to work both ways. Wider grooves feel like they produce a slightly higher launch than others.

One of the very best player irons we've ever seen. Not the most forgiving player iron out there so it's definitely a club for the single figure player but if that's not quite you, that's where the standard Apex iron comes in handy - an iron that won our 2014 Game Improvement Iron Test.

Click here for Callaway Apex Pro iron owner reviews. Click this link to see how the Apex Pro performed in our 10 of the Best Player Irons Test 2014.