Welcome to Callaway's most forgiving driver to date. 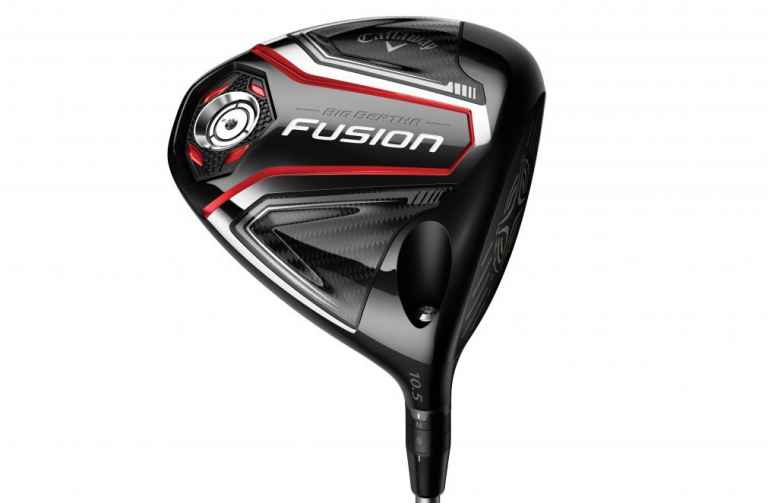 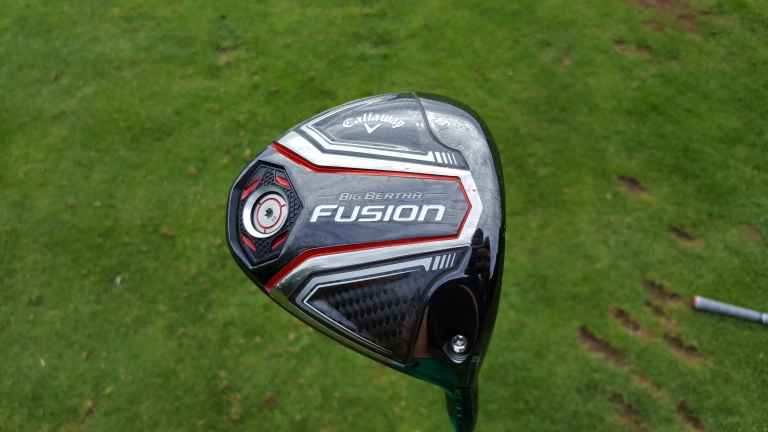 It’s not how far, it’s how many, right? If you play by that mantra, the Callaway Big Bertha Fusion driver could be for you.

This big stick breaks the scales in terms of forgiveness – it’s the ultimate fairway finder. Players must weigh up whether they are willing to sacrifice some yardage, in order to stay in play.

For many, this will be a no brainer.

We used a SkyTrak launch monitor to help with our testing.

Square drivers maximise MOI, but lose out in the aerodynamics stakes, so it makes sense to move to this triangular shape.

It will take some getting used to, especially for players long in the tooth that have been playing traditional clubhead shapes for decades.

It’s like the first game of the Premier League when you can’t get over your team’s new kit. After five matches it all seems familiar, and we found the same with this driver after a couple rounds.

In fact, the triangular nature of the head seemed to help line us up.

On the back of the crown the woven texture of carbon can be spotted which looks awesome we’re suckers for carbon’s aesthetics). The simple alignment aid and Speed Step also add some extra pizzazz – overall it looks great from the top.

Flip it over and again you see classy flashes of carbon, alongside the weight, red lines and branding – we think most will love the look of this.

It has a full-bodied, solid feel. Emits quite a loud sound, that is on the tinny side – some may have issues with this.

The Callaway Big Bertha driver is one of the most forgiving drivers we’ve ever hit.

In order to achieve this, CG needed to be moved low and far back in the head, done by combining a titanium “Exo-Cage” head with light and strong carbon, a material Callaway has lot of experience of using in its metals.

Making the majority of the crown out of carbon allowed the brand to save up to a staggering 35 GRAMS of weight.

Combine this with the new triangular shape, and you have a driver with heaps of MOI, resisting the urge to twist at impact and expanding the sweet spot across the face. It really feels like you could hit it anywhere on the face and you’d get decent purchase.

Another key note is this driver is available in two shaft lengths, 44.5 and 45.5 inches. The broad train on thought on this is that a shorter shaft offers more control, while a longer one provides more distance. It is in fact more complicated than this, but that’s the general belief.

We tested the shorter shaft, and you definitely feel an increase in control over the clubhead, and the ability to shape the ball. It feels almost like lining up with  a 3-wood, only to look down at the huge forgiving head, which can only instil confidence.

For us, it made us keep to a steady tempo. If you are a player that likes to get after the ball and swing like Tiger circa 2000, you’d probably be better off with the longer shaft. Most players will opt for this club for maximum forgiveness, however, so the shorter shaft would be the obvious choice.

Clearly, when you maximise one feature, there has to be a knock-on effect, and in the Callaway Big Bertha Fusion this comes in distance.

However, by no means would you brand this as “short”. It comes in around mid to lower half in the distance stakes when compared to leading clubs on the market – we were losing around 10-20 yards on the longest clubs out there.

Compared to the Callaway XR 16 driver, we were around 5-10 yards shorter in total carry with the same loft settings.

When looking at our dispersion rates, which were significantly improved, we agreed that most players would happily make this trade. Long and wrong doesn’t make for a pretty card.

Besides, if you are missing the centre of your driver frequently, you'll be losing out on masses of distance anyway, so your average distance may stay the same with this more forgiving product.

In an effort to maximise clubhead speed, Callaway has added a Speed Step crown seen in the XR driver to the Big Bertha Fusion – whether this does much or not is hard to tell.

The natural ball flight from the driver is high, which will suit those with medium to slow swing speeds.

There is also adjustability built in which is easy to use, allowing players to change the loft and shot bias settings.

The most forgiving driver on the market in 2016. New materials allow Callaway to move CG low and back in the clubhead, and combined with the head shape and shorter shaft, you’ll be finding the fairway a lot more with this big (or medium) stick.

Sacrifices distance to achieve this, but still able to get it out there.

For mid to high handicappers wanting maximum help off the tee in terms of forgiveness, this is the one for you.