Aspirations to bring Ryder Cup to Bolton continue with appeal

The project is conditional on Hulton Park securing the rights to host the Ryder Cup tournament in 2031 or 2035. 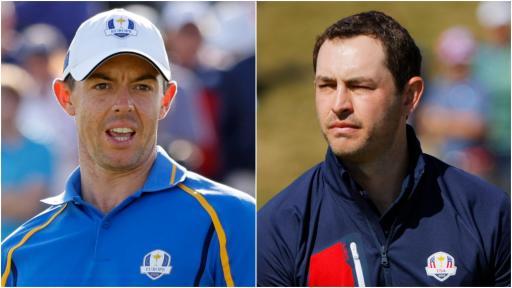 Regeneration business Peel L&P has reaffirmed its commitment to invest £240m in Bolton and help put the town on a global stage with plans to appeal Bolton Council’s decision to reject its revised plans to redevelop and restore Hulton Park.

The plans to create an iconic sporting venue and healthy living destination at the historic estate provide a once in a generation opportunity for Bolton and the North West and will help to level up the region.

Despite Bolton Council approving earlier plans in 2018 which were followed by Secretary of State approval in 2020, Bolton Council’s Planning Committee went against officers’ recommendations and refused a much improved proposal back in February before the local elections.

The revised proposals are worth £1.6bn in wider socio-economic benefits and would create a legacy for Bolton with 1,000 new jobs over 20 years, restoring and opening up community access to the historic Hulton Park for the first time in its history. The plans would also create a new golfing academy, quality housing including affordable homes, a health and wellbeing hub, food and entertainment spaces, a village hall and community allotments.

The project is conditional on Hulton Park securing the rights to host the Ryder Cup tournament in 2031 or 2035.

The vision is remains within Bolton’s sights as the historic estate is one of only two English venues shortlisted by UK Sport and Ryder Cup Europe for the 2031 event.

Peel L&P’s revised plans take on board further feedback from the community with better transport proposals including a new Park Avenue to relieve congestion in Westhoughton, more environmental improvements and fewer homes on Green Belt land.

Addressing the decision to submit an appeal, Richard Knight, Director of Planning and Strategy at Peel L&P said: “We already have planning permission to redevelop and restore Hulton Park following the Secretary of State’s approval in 2020 so we were very disappointed that Bolton Council refused our revised and improved scheme as it takes on board more local feedback and really is a once in a generation opportunity to invest in Bolton and level up the region.

“This level of investment will only happen if Hulton Park secures the Ryder Cup and we remain committed to securing support for the development as we know the extent of the benefits it will bring to Bolton and the North West. These include better housing choices, more jobs, improved transport, new health and wellbeing facilities and a golfing academy for the entire community.

“It is an ambitious scheme but one that Bolton deserves and needs. We want local people to be proud of what their town can achieve and get behind these revised plans as opportunities like this do not come along every day and the benefits will last a lifetime.”

Mike Blackburn, Chair of Marketing Manchester added: "The hopes of the North West hosting The Ryder Cup at Hulton Park in 2031 or 2035 remain very much alive and I believe this is a prize worth fighting for, and look forward to a positive outcome.

"If Hulton Park does gain planning consent and is selected to host one of the world's greatest sporting competitions, Bolton and the wider region would see substantial benefits in terms of in-bound tourism for many years to come, as well as creating some outstanding community facilities benefiting the local community."

Alongside the submission of the appeal, Peel L&P will also be in discussion with local people on the revised plans, including the Community Liaison Group set up for the project.

A series of community events and activities are also being planned at Hulton Park over the coming months, including a community archaeological dig with The University of Salford, walking tours, a summer fete and an arts event.