PGA Tour pro Sepp Straka has been added to the rankings of the DP World Tour looking to book his place in the Ryder Cup team. 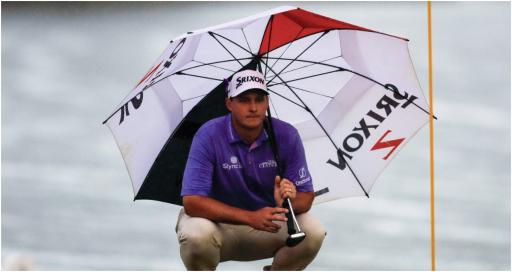 Sepp Straka, who became the first Austrian to ever win on the PGA Tour, is looking like he is making a run for Ryder Cup Europe.

The 28-year-old triumphed at The Honda Classic in late February in an exciting finish. He had set the clubhouse lead on Sunday and then the heavens opened.

Shane Lowry, playing behind and trying to chase down the Austrian, later said he felt like the tournament was stolen from him.

Yet Lowry's loss was Straka's gain. Straka made birdie on three of the final holes to pip the Irishman and simply could not believe it at PGA National.

That win meant that Straka also got a spot in next week's Masters. "It's crazy," he said. "It's a lifelong dream of mine just to be heading to Augusta."

Now it appears that Straka has got the Ryder Cup on his mind. He has been added to the rankings on the DP World Tour.

Seamus Power has joined the @DPWorldTour and been added to the Rankings - and so has Sepp Straka. Looks like the first Austrian to win on the @PGATOUR is going to make a run for @RyderCupEurope. He would probably also be eligible for America after moving there as a child.

As Kit Alexander rightly points out, Straka would probably be eligible for America after moving there as a child.

If you have heard Straka speak, you will know that he sounds fully American. That is despite the fact he spent the first 14 years of his life living in Austria.

His father, who is Austrian, watched his son win from home and his American mother reportedly lives in Valdosta, Georgia.

Straka said of his heritage: "I have a good friend in Austria, Clemens.

"I feel a connection to both countries and it's definitely split."

Straka represented Austria at the Olympics in Japan. He finished 10th.