Paul Azinger has said Brooks Koepka should consider relinquishing his Ryder Cup spot if he is not all-in to team golf. 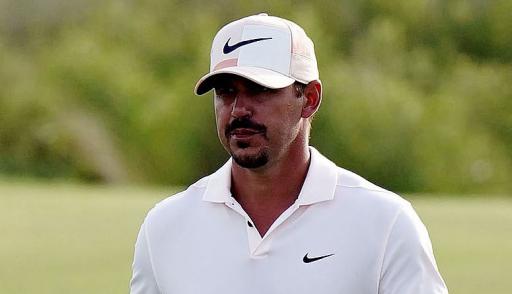 Former US captain Paul Azinger has questioned Brooks Koepka's love for the Ryder Cup and if he lacks passion for the tournament, he should give up his spot on Team USA.

In an interview with Golf Digest, Koepka described the famous event as "different, hectic and odd" and he pondered if team sports was "in his DNA."

These are not exactly the comments you want to hear from the four-time major champion if you are captain Steve Stricker, but it was an honest and open interview from Koepka.

Azinger, who led the American side to victory in 2008 at Valhalla, has hit back at the World No. 9's comments and has questioned his commitment to Team USA's efforts.

RELATED: WHAT'S IN THE BAGS OF TEAM USA FOR THE RYDER CUP AT WHISTLING STRAITS?

"After reading that, I'm not sure Brooks loves the Ryder Cup that much and if he doesn't love it he should relinquish his spot and get people there who do love the Ryder Cup," said Azinger.

"Not everyone embraces it, but if you aren't sold on it then I think Brooks should consider whether or not he really wants to be there.

"When you add the Bryson dynamic, that would make the decision easier for (Koepka). Brooks is one of the most honest, candid guys and if he is blatantly honest with himself and if he doesn't want to be there, he should come out and say it."

It is unclear if Koepka will be fit for the upcoming matches at Whistling Straits as he pulled out of the Tour Championship with a wrist injury.

When Stricker was asked about this situation at his wildcard picks press conference, he said they would deal with the issue in due course.