The World No. 1 was due to compete in the Pro-Am at Silverado Resort and Spa and complete media duties but he had to cancel all of his plans. 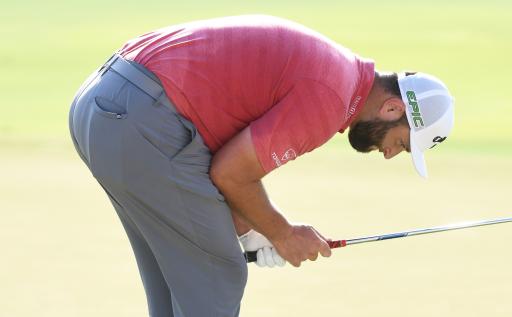 Jon Rahm had to withdraw from the Fortinet Championship Pro-Am yesterday after experiencing a stomach illness.

The World No. 1 was due to tee off at 8.40 am local time in Napa, California but he was unable to participate and he also had to cancel his press conference in the afternoon.

Rahm is using the tournament at Silverado Resort and Spa as his final preparation before he heads off to Wisconsin for the Ryder Cup next week.

The Spaniard is the hot betting favourite this week at the Fortinet Championship, in a relatively weak field for the first event of the 2021/2022 PGA Tour season.

RELATED: WHAT'S IN THE BAGS OF TEAM USA FOR THE RYDER CUP AT WHISTLING STRAITS?

It is important that Rahm is back to full fitness by next week. He won the PGA of America's Player of the Year award and he will be arguably Europe's most important player if they want to retain the Ryder Cup.

As well as returning to the top of the world rankings, Rahm also won his first major title at the US Open in June and he would have romped to victory in the Memorial Tournament had he not tested positive for Coronavirus.

RELATED: BERND WIESBERGER: AUSTRIAN HAPPY TO FLY UNDER THE RADAR AT RYDER CUP

He has finished in the top 10 in his last five consecutive PGA Tour appearances, four of which were top-five finishes as well. His form will be crucial for Padraig Harrington's side at Whistling Straits.

Rahm did not manage to win any points in the pairs format at the 2018 Ryder Cup, but he sealed a memorable moment in his career by beating Tiger Woods in the Sunday singles at Le Golf National.