Justin Rose has achieved just about everything in the game, and even showed form at the BMW PGA - but Padraig Harrington has decided to look elsewhere with his Ryder Cup picks. 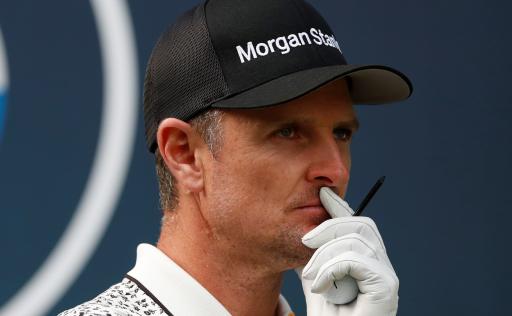 A number of European golf fans are up in arms after five-time Ryder Cup winner Justin Rose was left out of Padraig Harrington's Ryder Cup side to face United States in two weeks time.

Despite finishing tied sixth at the BMW PGA Championship when nearly holing out for albatross at 18, Rose - a former World No.1, US Open winner, FedEx Cup champion and Olympic gold medalist - was denied one of Harrington's three wildcards in the team.

"The consistency and the play of Shane [Lowry] under pressure, under stress, that's what we went with."

Harrington decided to go with Ian Poulter, Sergio Garcia and Shane Lowry as his three picks.

While certainly no easy task to pick three names, especially given Lee Westwood and Bernd Wiesberger automatically qualified for the side at Wentworth on Sunday, the exclusion of Rose's name has caused an element of controversy with golf fans on social media.

Would you have picked Justin Rose for the Ryder Cup?

It's fair to say a large majority believe Rose should be boarding the plane to Whistling Straits, given he has just come off the back of consecutive top-10 finishes on the European Tour and PGA Tour.

Not to mention his Ryder Cup pedigree, which speaks for itself with five Ryder Cup wins and 14 individual points.

Harrington admitted the decision to leave out Rose was a tough one but that the Englishman had ultimately not done enough to convince him to be named as one of his three picks.

Rose finished outside the top 125 in the PGA Tour's season long FedEx Cup race having only picked up three top-10 finishes on the circuit - albeit two of those finishes were at The Masters (7) and US PGA (T8).

"I really appreciate the fact that I've had a chat with him and [he's] an absolute gentleman.

"He really understands and [is] clearly disappointed because after the delivery today, finishing with an eagle on the last, the glory of it all, I certainly would have been happy with him there. But it was just one spot too far."

Padraig Harrington waffling on trying to explain why Justin Rose isn’t a captains pick for the Ryder cup because he can’t be honest and say because Shane Lowry is his good friend and fellow Irishman.

I'm boring myself now but I think the team is weaker without him.

Wow leaving out Justin Rose ???? Massive mistake for me

Imagine not picking Justin Rose for the Ryder Cup

Coming off a T10 & T6 pic.twitter.com/I2DkpvcHWT

Not sure how you can leave out a Major Champion in Justin Rose from the Ryder Cup team. A bit of a shocker that for me from Harrington

No Justin Rose at the Ryder Cup.... big mistake

What do you make of the European Ryder Cup picks? Share your thoughts on our social media channels now.