Lee Westwood admitted that he struggled to focus on playing well at the BMW PGA Championship with the prospect of the Ryder Cup looming. 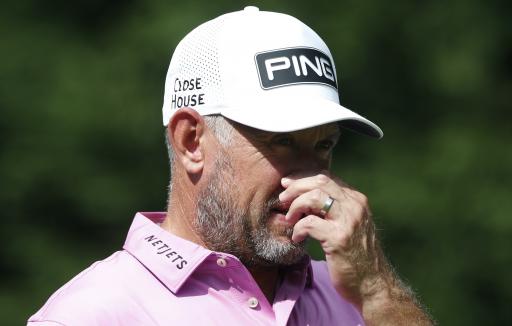 Lee Westwood said that he couldn't focus on the 'right things' during his final round at the BMW PGA Championship on Sunday.

The Englishman shot a disappointing 77 to finish on level-par for the tournament, which was an astronomical 19 shots behind the eventual winner Billy Horschel.

Nonetheless, Westwood did enough to qualify for his 11th appearance at the Ryder Cup and his first since the 2016 matches at Hazeltine National.

“You want to really come to the #BMWPGA and focus on winning the BMW PGA. You don’t really want any other things going on in your head and I battled with that all week, I just couldn’t focus on the right things.”

"You want to come to the BMW PGA and focus on winning the BMW PGA, you don’t really want any other things in your head," said Westwood after his fourth round.

"I struggled and I battled with that all week. I couldn’t focus on the right things. And I think that came out today.

"I think I've shown enough over the two-year qualification period, ranked 33 in the world or something like that. Clearly, it’s flip-flopping so close and very high up on the qualification process.

"I haven’t shown any form recently in the last few events, although I've been playing well, I've just not been able to finish the job off."

The 48-year-old showed superb early-season form on the PGA Tour by finishing second at the Arnold Palmer Invitational and the Players Championship.

He also reached the second leg of the FedEx Cup Playoffs, but a finish for tied 34th at the BMW Championship was not enough to take him through to the Tour Championship.

Westwood is an extremely experienced Ryder Cup player and if he didn't qualify automatically, there is a good chance Harrington will have chosen him as a captain's pick.