Ryder Cup: Why it is a DISGRACE that Padraig Harrington left out Justin Rose 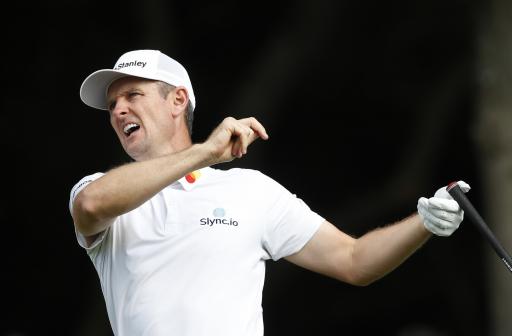 If Sergio Garcia and Ian Poulter are the heart and soul of Europe’s Ryder Cup sides, then what is Justin Rose?

This is a question I have been asking myself ever since Padraig Harrington’s stunning announcement that the former World No. 1 didn’t quite do enough to seal his spot at Whistling Straits.

Shane Lowry is no doubt a top player and by no means a rookie by your traditional standards. He’s kept it together in the howling wind to take down the Open in front of his home crowd.

But the Irishman will not have the comforts of home support when he is staring down the eye of the tiger, or when the chips are down and you need to find a putt to keep a match alive.

Lowry, by all accounts, is in decent enough form. He said before the BMW PGA Championship he thought he had done enough to get a pick. He was probably right.

Rose said the same thing, but also suggested if he wasn't to be picked then he questioned whether something else was also at play. He was probably right.

Rose’s omission has certainly ruffled a few feathers. His close friend, confidante, and godfather to his children was on the bag this week.

His Twitter account fired an impulsive tweet in the wake of the news, questioning whether Harrington was aware the three-time Ryder Cup winner (14 points) Rose had hit the opening tee shot twice.

How close was that to an albatross?!

Justin Rose eagles the last to close final-round 65 at the #BMWPGA! pic.twitter.com/iIvC2aNGhg

Hastily deleted, possibly to protect Rose’s image. But it’s hard to think he’s wrong. Is there something else here we’re missing?

Rose has been in the spotlight since the big cat came onto the scene. He’s endured several battles to get to be the best player in the world. A crisis of confidence as a young player, then to the very top.

A former FedEx Cup champion, multiple wins on the European Tour and PGA Tour. An Olympic gold medallist to boot. Rose has quietly compiled one of the best resumes in the game.

Let’s be realistic here. The US side have a tangible advantage. On paper, they are arguably better. For Europe to win, they’re going to need the lower half of their side to step up. Big time.

Harrington delivered a very public blow when he sought to explain his decision. But to me, it was like watching someone spend eight minutes trying not to say: “I picked him because he’s my mate.”

“You can only blame yourself if you don’t get in and don’t get picked,” Rose later said, who finished the season seven spaces ahead of Ian Poulter, who missed the cut in Virginia Water.

Poulter is an icon of the European team, there is no doubt about that. But to suggest Rose doesn’t fall in that bracket is to do him a massive disservice.

One thing that will sour the Rose camp is knowing Harrington was also in the same position. In 2010, Harrington’s career was trending in the wrong direction.

He had fallen out of the top 20 after not winning for two seasons and looked pretty much done and dusted. A future Hall of Famer fading into the abyss and to enjoy the senior's tours.

Harrington had to rely on the faith of Colin Montgomerie to get into the team ahead of Paul Casey and… Justin Rose – who had won twice on the PGA Tour that year.

"Two of the finest putts Justin Rose has ever hit in his life!"

What an incredible victory #MiraclesHappen pic.twitter.com/2gN0GyhS7E

He delivered a few half points here and there and Monty’s gamble eventually paid off at Celtic Manor, claiming memorable victories in the foursomes and fourballs with Ross Fisher.

Rose won a Rolex Series event in Dubai and climbed to the top of the world rankings in September 2018 but has been in freefall since. Now he’s just inside the top 50, and winless in just over two years.

RELATED: GOLF FANS FUMING AS JUSTIN ROSE IS LEFT OUT OF THE EUROPEAN RYDER CUP SIDE

He’s changed a lot. His coach. He bizarrely changed his equipment and enjoyed a short spell using Honma irons and got paid a fair chunk of change, then changed back.

He’s trending in the right direction, though. Coming off the back of top-10's in his previous two events and has been in the top 10 at two majors despite never really threatening a win.

We already knew weeks ago that Harrington had locked in Sergio Garcia and Ian Poulter. That’s understandable, but he further added he was leaning on experience.

"The consistency and the play of Shane [Lowry] under pressure, under stress, that's what we went with."

Had Bernd Wiesberger not played himself in it’s doubtful he would have received a call. The same could be said for the likes of Bob MacIntyre, Victor Perez, Matt Wallace et al.

Which essentially meant Harrington was trying to select his one remaining pick from a group of European stalwarts trying to recapture their former glories.

In this pool of players, is there really a better bet than Justin Rose? Three points as a rookie in 2008, four two years later for Seve. Two years later in Paris, nobody got more points than him.

Harrington reportedly turned down the opportunity to have eight captain’s picks, saying they cause a problem with team dynamics. Earn it, he has been quoted as saying.

There is no question the automatic qualifiers deserve their places, but with the remaining picks Harrington had at his disposal, was there really any justifiable reason to leave out Rose?

NEXT PAGE: APHIBARNRAT GETS SOAKED AFTER WATER SHOT AT BMW