The winning captain in 2008 at Valhalla certainly didn't hold back. But what do social media users think? 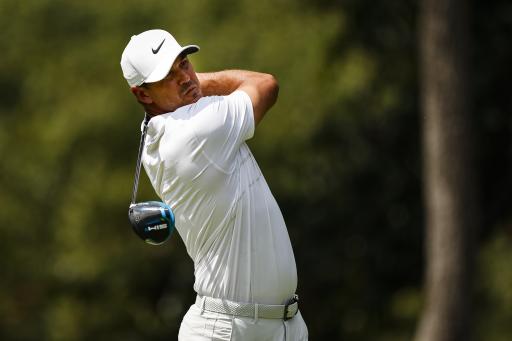 Brooks Koepka made some interesting comments this week about the Ryder Cup, describing it as "different, hectic and odd".

In a wide-ranging interview with GolfDigest, the 31-year-old lifted the lid on his career so far and what he hopes to achieve.

The confident American suggested he could catch and even beat Tiger Woods on major wins.

While he also explained the differences in his preparation for the Ryder Cup compared to when he is playing on the PGA Tour.

Not everyone appeared to like what Koepka said, including former pro and Ryder Cup-winning captain Paul Azinger.

He said: "Brooks is one of the most honest and candid guys and if he is honest with himself and if he doesn't want to be there, he should say it.

"He should relinquish his spot and get people there who do love the Ryder Cup."

Strong words from the 2008 winning captain, who led the Americans to their first victory since 1999.

As is standard, golf fans are not afraid of voicing their opinions.

Yeah, you know who else wasn't... Tiger Woods. I love the Ryder Cup, but I know there are many who don't care. People don't listen to Koepka. He has said on numerous occasions he only plays golf to win majors.

And Bryson is more worried about preparing for his Long Drive contest debut than preparing for the Ryder Cup. Why isn’t Paul Azinger calling that into question???

NEXT PAGE: KEVIN NA WALKS IN PUTT WITH A CANE