Which US rookie will shine BRIGHTEST at the Ryder Cup in Whistling Straits?

We take a deeper look out of the six American rookies and who Steve Stricker will look to rely on to deliver the points. 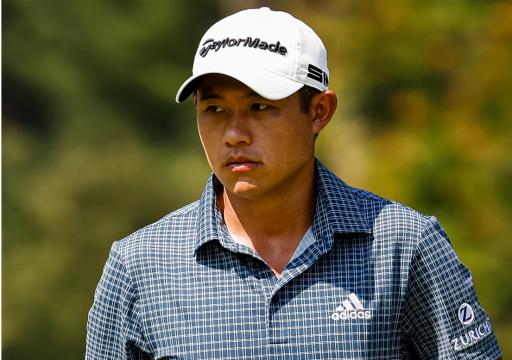 Ryder Cup golf is not the sport as we know it and Whistling Straits promises to be no different.

One of the big features of the biennial event is the rookies and how they fare.

How will they cope with the pressure and the demands?

Nerves are jangling, doubts could creep in.

There have been many high profile names over the years who admitted they struggled physically to peg it up over their first tee shot.

Over the years, the giants of the American game have seldom achieved their best.

Only fleeting moments of brilliance.

We're looking at you Tiger Woods and Phil Mickelson.

There's is no doubting the rookies this year could be a defining feature of who emerges victorious.

The Europeans have Shane Lowry as a wildcard, while Bernd Wiesberger and Viktor Hovland automatically qualified.

One swing from every player on the U.S. Ryder Cup team. pic.twitter.com/DFIH4fJXGK

For the Americans, Collin Morikawa and Patrick Cantlay qualified as rookies.

They are joined by Scottie Scheffler, Daniel Berger, Harris English and Xander Schauffele.

But who will be the bright spark for the Americans?

RELATED: KEVIN NA WALKS IN PUTT WITH A CANE AHEAD OF NEW SEASON

Morikawa plays in a manner that belies his years.

He's won two majors, the PGA Championship and The Open, and he's not even 25 years old.

The way he closed out his victory at Royal St George's only a few months ago shows US captain Steve Stricker he's comfortable on the grandest of occasions.

Cantlay is a player who is in fine form, and when you think about it you can't run out of superlatives to describe the level of golf he is playing.

Stricker has already provided leadership to Berger in the 2017 Presidents Cup, with the youngster sinking the winning putt.

Berger has performed well in the majors, with two top-10 finishes at the US Open and The Open.

English has relatively little experience in team golf, but he played alongside Jordan Spieth and Cantlay in the losing side at the 2011 Walker Cup.

He performed well at the US Open at Torrey Pines in June, but before that had relatively little experience at properly contending in a major.

He's somewhat of an unknown quantity for Stricker, in truth, in terms of how he will perform on the biggest stage of all.

Schauffele is remarkably consistent for someone so young.

He's an Olympic champion and has had four top-three finishes in majors, despite never being able to close one out.

He will, he definitely will - there is no doubt about that.

Stricker was never not going to pick him, and there will be lots of responsibility on his young shoulders.

Finally, we turn to Scheffler - who has been described as someone who will really suit this course as one of the biggest hitters out of both sides.

He's ranked number 21 in the world and has performed well in the majors over the past two seasons.

Can he do it again? I'm sure Stricker believes so.

It's tough to predict who will be the best performing rookie for Stricker, but if I had to - and it's hardly a bold statement - I'd pick Morikawa.

He's someone who Stricker can place considerable confidence in purely because he just looks like he doesn't ever get flustered by anything.

The best iron player in the world at the moment?

But this is his first experience of the Ryder Cup.

It will be fascinating to see how he copes with it all.

NEXT PAGE: IAN POULTER DISTRACTED BY FANS AHEAD OF RYDER CUP