Westwood claims he has no intention of flying to a golf tournament anytime soon due to coronavirus. 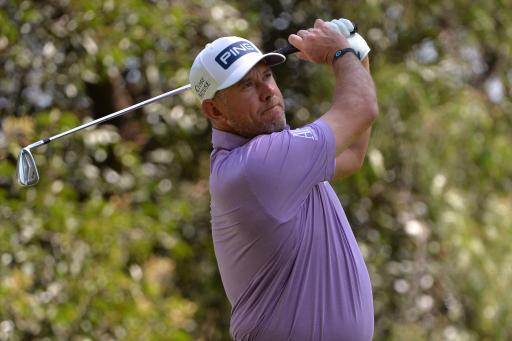 Lee Westwood has told Sky News he cannot envisage a Ryder Cup happening without fans at Whistling Straits this September.

Westwood, who has the greatest number of participations in European Ryder Cup winning teams with seven victories dating back to 1997, believes playing without crowds would take all the gloss off the biennial event.

"When people talk about the Ryder Cup, one thing they always say is that the atmosphere is completely different to any other tournament," said Westwood.

"The fans are the people that create that atmosphere. Let me put it this way, holing the winning putt and turning to an empty grandstand with nobody cheering. Can you envisage that? I can't."

As for the broader game of golf courses reopening for play in the United Kingdom this month, Westwood believes there is every chance of a green light soon as long as everyone adheres to the social distancing measures in place.

"Golf has a lot of things going for it obviously played outdoors and in a large area," said Westwood.

"As long as clubhouses are closed and people don't congregate in areas, it is possible to play 18 holes without coming into contact with another person.

"It is great exercise for some people. A lot of people can't go out and have a run, and before lockdown their main exercise was a round of golf so hopefully they will be doing that again shortly."

In terms of a restart on the PGA Tour in June, the Englishman admits he is not even contemplating the thought of flying to a tournament.

"Not right now," said Westwood, when pressed if he had any intentions of flying over to play in an event.

"There has got to be so many safety measures in place and I feel like I would be coming into contact with too many people at this moment in time.

"When you get to a tournament you come into contact with people from all over the world. Golfers are coming from far and wide, all staying in the same hotels, eating in the same restaurants, so there is going to have to be a lot of safety measures in place."

Westwood claims the general view among his peers for golf's resumption is mixed, simply because the virus is at different stages around the world.

"I guess it depends where those players live," said Westwood. "I've spoken to some people living in Germany, some in France. They all have different opinions as they are all at different stages as to where the virus is at.

"I think that's got to be taken into account [before golf returns on Tour]."

The chairman of the 'UK Parliament's All-Party Group for Golf' Craig Tracey last week revealed "golf can and should return quickly" across the United Kingdom despite the ongoing coronavirus pandemic.

"The initial challenges with lockdown meant golf had to close in Britain, but the nature of the game means it can, and should, return quickly provided there are steps taken by all involved to maintain social distancing and to meet any other government instruction," said Tracey.

The North Warwickshire MP's comments followed those of Culture Secretary Oliver Dowden, who claimed the government was "gathering the necessary information" in order to let golf courses reopen in the United Kingdom.

Ireland has confirmed it will reopen golf courses on a restricted basis from May 18.

Golf courses in the likes of Denmark and Sweden are open for play, and many are now reopen in the United States, Australia and Dubai.

Health Secretary Matt Hancock today confirmed on Monday afternoon there has been an increase in 288 deaths in the United Kingdom due to coronavirus, taking the total UK death toll to 28,734.

Despite this figure including a lag from the weekend, it does mark the lowest daily total of deaths due to COVID-19 in the UK since the end of March.