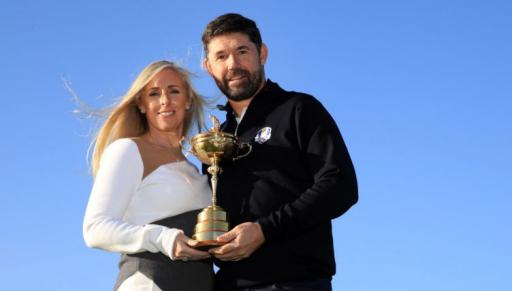 European Ryder Cup captain Padraig Harrington hilariously let slip that one of his vice-captains will be Luke Donald during a live interview with Sky Sports Golf today.

Harrington was speaking with Sky Sports Golf ahead of the biennial match that is scheduled to still take place at Whistling Straits in the United States from September 25 to 27.

Is there something you wanted to tell us, @padraigharrington?! The Ryder Cup captain accidentally gave the #SkyGolfShow a big clue on who one of his vice-captains will be...

"I've tried to prepare every day like I'm going to play a Ryder Cup - not as normal as in September but to be as prepared as I can be," said Harrington.

As it stands, the 2020 Ryder Cup will still go ahead in late September, and there is rumour that it could take place without spectators.

That is certainly not something European Ryder Cup hero Lee Westwood can imagine.

"When people talk about the Ryder Cup, one thing they always say is that the atmosphere is completely different to any other tournament," Westwood told Sky News on Monday.

"The fans are the people that create that atmosphere. Let me put it this way, holing the winning putt and turning to an empty grandstand with nobody cheering. Can you envisage that? I can't."

NEXT PAGE: WESTWOOD GIVES HIS THOUGHTS ON GOLF DURING CORONAVIRUS