Rickie Fowler on being a Ryder Cup pick: "I'll have to play my ass off!"

Rickie Fowler in danger of missing the FedEx Cup Playoffs for the first time in his career. 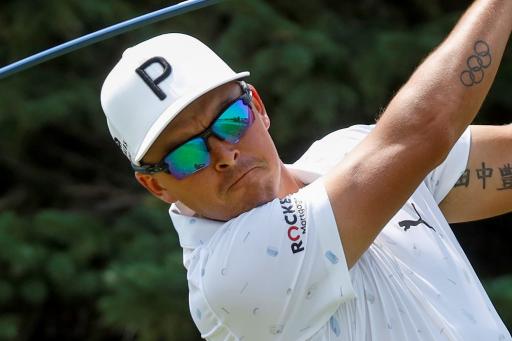 Rickie Fowler might be in severe danger of missing out on the PGA Tour's FedEx Cup Playoffs for the first time in his career this week, along with missing out on a place in the US Ryder Cup side this September, but he is not going to go down without a fight.

Fowler, 32, currently lies 130th in the FedEx Cup points race, with the top 125 progressing into the first Playoffs event at the Northern Trust, and he will likely need a top-20 finish in order to book his place in the field next week.

The five-time PGA Tour winner also lies a lowly 41st in the US Ryder Cup standings ahead of next month's Ryder Cup at Whistling Straits.

While an automatic place in the team to face Europe is now highly unlikely for Fowler, he at least wants to throw his hat in the ring for one of captain Steve Stricker's six wildcard picks.

"With the position I'm in, age-wise, and yeah, I'd have to play my ass off the next few weeks to have a chance there, which like you said, it's not out of the question," Fowler responded to a journalist's question about making the upcoming Ryder Cup."

Fowler admits he would still love to be apart of Stricker's team, even if he cannot bring his clubs.

"If the guys wanted me there, I'd be there in a heartbeat," said Fowler, who has played in four of the last five Ryder Cup matches dating back to his debut in 2010.

"They're such fun weeks to be a part of whether you're playing or not. Some of my favorite times have been when I've sat out and basically got to be there as, you know, a makeshift assistant captain in a way. You're out there supporting the crew and being around.

"It's a lot more fun playing, but just being a part of those weeks is very special. Yeah, if I got asked or had the opportunity to go be a part of it, it would be awesome. We'll see if we can take advantage of the next month or so starting here this week and give ourselves an outside shot at it."

Fowler has made just one top-10 finish on the PGA Tour so far this season, coming with a tie for eighth at the US PGA Championship in May. But that was his first since January 2020.

As a result, Fowler finds himself on the 110th rung of the world ladder heading into this week's Wyndham Championship, where he needs a strong performance in order to avoid missing the Playoffs for the first time in his 11-year career on the PGA Tour.

"Not in the position we wanted to be going into this week, but I really, all it comes down to is just playing solid golf," said Fowler.

"I can't necessarily put extra pressure or anything like that, but yeah, need to get some points to secure my spot in the playoffs and make more birdies than you do bogeys and play some solid golf and everything will be all right."

Fowler added: "Like in my terms, it would be like I'm trying to kickstart a dirt bike and just sitting there kicking every once in a while, kind of fire up, get going, get a few revs.

"I'll keep kicking, she's bound to start. There's been a lot of good stuff within the past four, five, six months, more and more, a little more frequently. It's been a bummer that I've been kicking this long, but we're still here kicking.