Is Patrick Reed a guaranteed pick for the United States at the Ryder Cup?

Patrick Reed has represented America in the last three Ryder Cups and brings a lot of experience to what is already a talented side. 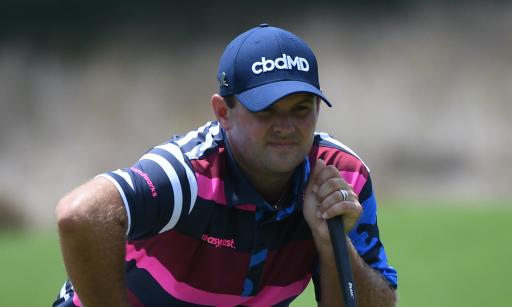 America have one of the best Ryder Cup teams that they have produced in recent years lined up for Whistling Straits in September, as Steve Stricker contemplates his six captain's picks.

Collin Morikawa, Bryson DeChambeau, Brooks Koepka and Justin Thomas all bring major-winning credentials to the side, not to forget Jordan Spieth and Dustin Johnson as well.

It will be a formidable and extremely difficult task for Padraig Harrington and Europe to mastermind what would be an astounding win, with America holding a lot of strength in depth.

And surely one player that cannot be left out by Stricker is Patrick Reed. Whatever your opinion is of the controversial Reed, he is experienced, he also brings major-winning credentials and he has the passion to represent America.

As we have seen in years gone by, such as the Ryder Cup renewals at Gleneagles and Hazeltine, the 31-year-old loves riling up the crowd and encouraging an atmosphere that has become synonymous with the event.

The 2018 Masters champion has played in each of the last three Ryder Cups, being on the winning side only once in 2016. He has nine victories on the PGA Tour and his consistency has not relented this season.

In his last 22 events on tour, he has finished in the top 10 on six occasions, including his most recent win at the Farmers Insurance Open in January.

Once dubbed 'Captain America', Reed is fiery and fierce when playing under pressure. This was never more evident than when he defeated Rory McIlroy in the Sunday singles at the Ryder Cup in 2016.

He has the ability to begin a charge for the American team and he is able to match the levels of determination that has carried Europe through so many events this turn of the century.

Amongst all of the superstars and big hitters in the United States, Reed represents consistency and experience. He is currently ranked 9th in the Ryder Cup points list and for me, he simply has to be chosen by Stricker.