Ryder Cup: Has Kevin Na PLAYED his way onto Team USA side?

Has Kevin Na done enough to be on the team at the Ryder Cup? 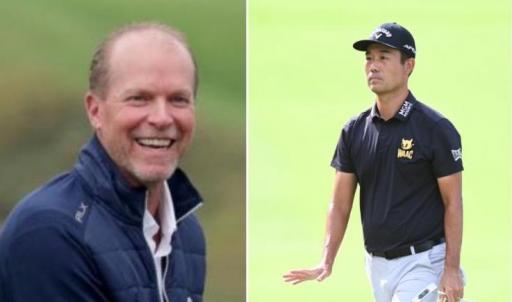 Everybody's favourite Kevin on Tour could have hit form at the right time.

We're talking about Kevin Na, whose sensational form of late may just be enough to get him a pick for the US Ryder Cup side.

Na, 37, tied the lowest aggregate score at 14-under par for 72-holes at the Tour Championship at East Lake with Jon Rahm.

He shot four rounds in the 60s and his final day 67 could see him hilariously walking in putts at Whistling Straits in a few weeks' time.

Captain Steve Stricker will name his captain's picks on Wednesday.

Na won the Sony Open earlier this year, in January, and made the fewest bogeys ever at the Tour Championship.

“I was trying to win that secret leaderboard, where everybody started from even par, to get captain Stricker’s attention, so I could get a captain’s pick,” said Na.

Na is currently ranked 19th in the US Ryder Cup point standings.

He added: “So, I mean, from where I started to finish third in the FedEx Cup, eight shots back, I think I’m looking strong for a pick.”

There's a general consensus that Stricker's picks are spoken for apart from one.

Daniel Berger let on that he will be getting a call.

While Patrick Reed, fitness permitting, along with Tony Finau, Xander Schauffele, Jordan Spieth and Harris English are at the forefront of Stricker's mind too.

Some have commented that Na could be the perfect antidote to Ian Poulter.

It looks like he recoils on every driver swing.

He's not muscle-bound like some tour players and is happy with hitting it 280 yards through the air.

And he may not be the most pleasing player on the eye, but he certainly has a knack for getting the ball in the hole in very few strokes.