GolfMagic takes a look at who could make the cut for Team USA. 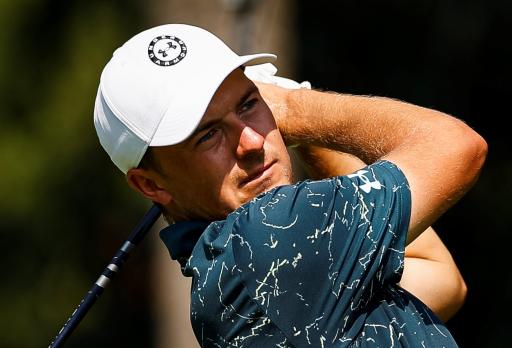 Not long now. Honestly, not too much longer to wait for the 2021 Ryder Cup.

The first half of Team USA was officially decided last week, thanks to Patrick Cantlay's sensational victory in a playoff against Bryson DeChambeau at the BMW Championship.

Captain Steve Stricker will add six more picks following the conclusion of the Tour Championship at East Lake this weekend.

We're in a peculiar situation with the Americans, we always are.

Many fans, commentators and former Ryder Cup players will always point towards team spirit, or the lack of it.

I saw a funny Tweet the other day that pointed out Brooks Koepka and DeChambeau don't appear to get on, the same can be true of Cantlay and The Scientist while 'Br***sy' and Dustin Johnson also aren't best buddies.

Not a great start if we are to believe everything we read in the media and there is legitimately bad blood in the American camp.

RELATED: LEFTY NOT CONFIDENT HE WILL GO TO WHISTLING STRAITS

But can the Americans finally get the blend right this time around?

They are heavy favourites to win, and I certainly don't favour the prospect of having to face Cantlay or Morikawa and JT in matchplay.

That's before we even think about Brooks. Or DJ. Yikes.

One thing that can be true of all team sports is to try and keep it simple.

The Europeans, by and large, have had great success down the years thanks to their blueprint of flooding the team with experience.

They've stuck with the same tried and tested method and reap the rewards.

Remember Phil Mickelson's breakdown when they strayed from the method of playing in pods?

When Lefty putted out last weekend, tying for dead last, it was probably curtains on his season.

It would probably be a stretch for him to make Stricker's side.

While it is true he has never played in more Ryder Cups (12 consecutive), nobody has lost more matches.

I know he has the Wanamaker Trophy in his grasp but, at aged 37, I expect Dustin Johnson to be the warhorse the USA bestow the most responsibility in Tiger's absence.

So who will go? Here are my six picks:

Notable absentees from this list include Reed, Harris English, Kevin Na, Sam Burns and Kevin Kisner to name but a few.

If Reed is fit and healthy, he goes.

Much will depend on how the PGA Tour's season-ending Tour Championship plays out this week.

Though it will be interesting to see if Stricker stands by him based on previous appearances.

That is bearing in mind Reed has, since the last Ryder Cup in France, been penalized for improving his lie in the Bahamas (Koepka said he cheated).

He also goaded fans at the Presidents Cup by doing a digging motion.

Oh, and his caddie thumped a fan.

He also picked up his ball and had a nice little rummage around before calling an official to see if his ball was embedded at the Farmers.

But the thing with Reed is, he is just one helluva golfer.

What a short game.

I include Simpson because he is, in my opinion, a steady hand who can keep a calm head under pressure.

He's been there before and rarely misses a fairway and will nicely dovetail DJ as an older member of the squad.

Finau, it goes without saying, has his swagger back after breaking what must've felt like the longest streak without a win since Charles Howell III when he won the RSM Classic in 2018, his first victory on the PGA Tour since 2007.

Consistenly in the mix for the majors, I expect Finau to be a veteran of the Ryder Cup.

Ideally, you'd want to include both Scheffler and Berger, but I suspect Stricker may opt for one of the two.

Kevin Na is an outsider that really ought not to be.

I loved his line when asked how he would deal with a bomber's course at Whistling Straits.

The way I'm putting, he said, does it really matter?

Na could be the tonic for Team Europe's Postman.

Who would you choose?