Who will Padraig Harrington select for his three captain picks? 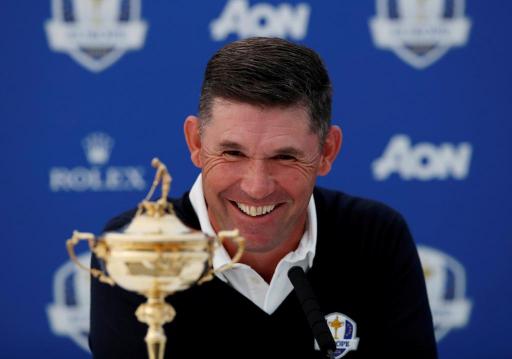 It's a debate even after the event itself.

Who should go, who shouldn't go?

The ifs and the buts and the maybes that dominate Europe's team captain's thoughts must be never-ending.

Now, it's time for Padraig Harrington to be in the chair.

He joins stellar company, and I know his last three picks will be a tough choice.

RELATED: TEAM USA COULD BE STRONGEST EVER

I was rewatching clips of the 2006 Ryder Cup at the K Club in Dublin the other day.

Listening to Ian Woosnam emotionally narrate over the footage of Darren Clarke that week convinced me of one thing.

Harrington has got to go with his gut instinct - even if it is an emotional decision.

Clarke hadn't played for a few months before the Ryder Cup after the death of his wife Heather.

He was playing so well that season and decided to play in the event.

"I think it was the best move he ever did," Woosnam contemplated.

Describing Clarke's first tee-shot, Woosnam said it must've travelled 350 yards through the air because of the emotion he put into it.

He was joined in a warm embrace by Woosnam on the 16th green after he took a point off Zach Johnson.

Woosy, a man's man, knowing how to deal with the situation.

Destiny, he said, tears in his eyes.

"The 2006 Ryder Cup was all about Darren Clarke and the European Team and pretty well saying goodbye to Heather Clarke really," he said.

These are the thoughts and emotions Harrington will have in his mind when he contemplates who to select.

He's already said that if Ian Poulter has two legs by the time he has to make a decision it would be "extraordinary" that he wouldn't go.

Harrington has said he will pick his final pieces of the jigsaw following the conclusion of the BMW PGA Championship.

A couple of hours after the final putt has dropped, he wrote on his blog post for the European team.

"There is no question that it will be an interesting Sunday," he wrote.

So who should go?

Time for some new blood or one last hurrah for the old timers?

The best description about Poults I read described him as not the player he once was, but the Poulter he has always been.

He's the type of player you want when the chips are down and the fans are hollering in your ear.

He's played in six Ryder Cups and won five of them.

Love him or loathe him, he makes the difference.

The same can be said of Garcia and Rosey.

Grey hairs now reminding them the clock is ticking and father time is approaching.

It's over to you Padraig. Get the gang back together.

NEXT PAGE: OUR PREDICTIONS FOR TEAM USA