Steve Stricker said the uncertainty over Patrick Reed's health ultimately lead to his omission, but was it the right call? 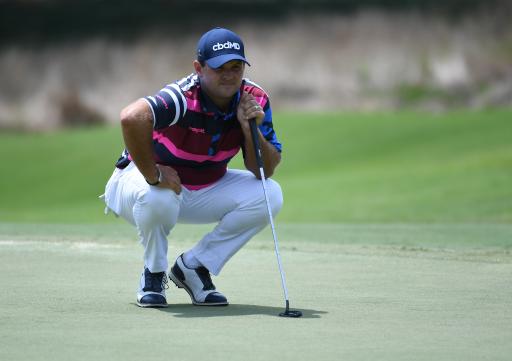 So there we have it, Captain America will be Captain Couchbound this year at the Ryder Cup.

There will be no Patrick Reed at Whistling Straits this year as Steve Stricker omitted him from his final six picks.

Stricker was bold with his selections, also opting not to choose steady hand Webb Simpson.

Xander Schauffele, Jordan Spieth, Tony Finau, Scottie Scheffler, Harris English and Daniel Berger make up the rest of the side.

Berger looked like a bit of an outsider but he let on recently that vice-captain Freddie Couples had called him.

Other notables to miss out are Kevin Na, Sam Burns, Billy Horschel and Kevin Kisner.

Asked what consideration he gave Reed, 31, Stricker admitted it was an extremely tough decision.

"That was a very, very difficult call," Stricker said. "Kinda lost sleep over that one."

He added: "He is a tremendous competitor (and) he brings a lot to matchplay golf. His record at the Ryder Cup is pretty darn good."

Stricker concluded: "It wasn't an easy (decision) but I think it was the uncertainty of his health and the lack of play that led to our decision."

A 5-shot win for @PReedGolf.

This is the largest margin of victory of his career.#QuickHits pic.twitter.com/wjJopMqcjS

But has Stricker made the correct decision here?

There is no doubt this is a gamble, even if Reed is not 100 per cent fit.

He embodies the passion and the enthusiasm a Ryder Cup side needs.

The will to win at all costs.

Perhaps in the back of Stricker's mind, he was slightly relieved because of Reed's past controversies.

And the fact that - to be blunt - he doesn't seem to be well-liked.

Reed formed a formidable partnership with Spieth in previous Ryder Cups and also at the Presidents Cup.

They were famously split up in 2018 and Reed claimed captain Jim Furyk's pairings were a "buddy system".

It led to Reed claiming Spieth didn't want to play with him.

Reed was paired with Tiger Woods and lost.

This complete and utter dysfunction in the US team gave the media a field day.

Perhaps Stricker wants to avoid this at all costs and create better team harmony.

Asked about how Reed received the news of his omission, Stricker said he called him first.

"Like I said it was a very hard conversation, I called him first thing, he was my first call, I knew it was going to be hard," he said.

"He took it like a true champion, I apologized many times.

"He knew it was a very difficult decision, he handled it like a champion and took it well, he said all the right things."

The US team captain also suggested there may be problems ahead with Brooks Koepka, who injured his wrist at the Tour Championship.

He was asked whether they may need to replace Koepka.

"We've talked about if we have to replace Brooks but we aren't there yet," he said.

What do you think about Reed's omission?