Shane Lowry is on the cusp of qualifying for his first Ryder Cup at the BMW PGA Championship and a good finish at Wentworth could confirm his place. 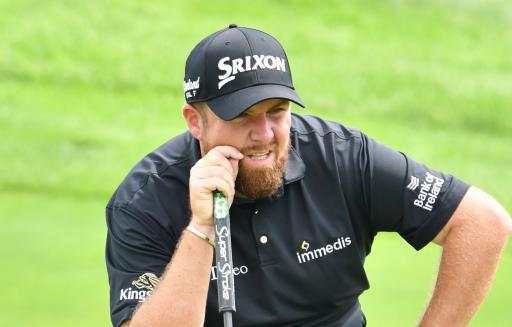 Shane Lowry said that he has a "great opportunity" to qualify for his first Ryder Cup at the BMW PGA Championship at Wentworth.

This week on the European Tour is the final chance for a lot of players to qualify in the European and World points list and to impress Padraig Harrington enough to be one of his captain's picks.

The top four players in the European points list automatically qualify and then the top five from the World points list, who haven't already qualified, will make Team Europe.

As of now, Lowry is 15th in the European points list, but he is ninth in the World points list, so a good week at Wentworth would definitely help him to qualify without needing a captain's pick.

"I love coming back here. Since I came here first in 2010 I've always really enjoyed it," said Lowry.

"It's not just the golf course. It's the whole area itself. I just love being here. I think it's a great part of the world.

"Obviously I'm here and probably a few people are gunning for me this week but I'm in a great position. I've worked very hard this year to get there.

"I've definitely spent the last five, six years trying to make a Ryder Cup team. So I feel like I've got a great opportunity this week and looking forward to going out and trying to do it."

Once nine players have qualified after this weekend, European captain Harrington will choose his three picks at the beginning of next week.

Former Open champion Lowry will tee off with Tommy Fleetwood and Lee Westwood at 12.55 pm this afternoon to start his bid to be at Whistling Straits.