Why does Europe ALWAYS win the Ryder Cup? Patrick Cantlay offers his perspective

"Would it surprise you if the U.S. went on a similar run to what Europe has been on for the next 20 years? Wouldn't surprise me." 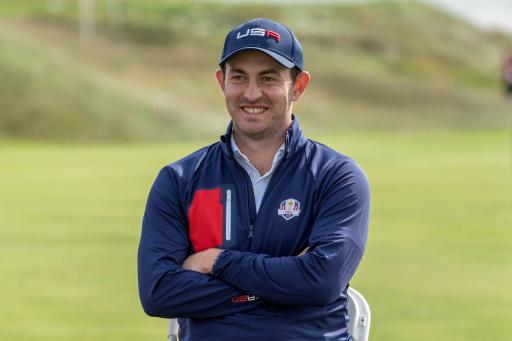 Patrick Cantlay is not normally one to offer his thoughts without thinking clearly.

Afterall, this is the primary reason as to why he is seen as somewhat as the quiet man on Tour.

He doesn't like to offer an opinion on a subject unless he is well-read, he has previously said in many interviews.

But the bright young star is emerging as one of the very, very best in the game and not just a pretender to the throne.

He makes his debut in the Ryder Cup this weekend as a rookie for Steve Stricker's United States side in the howling wind in Wisconsin.

And he offered some thoughts in a press conferance as to why the Europeans have been so dominant in the Ryder Cup.

He told the media: "So I've read a few gin books. Let's see if I get it right.

"If you play enough gin hands a one or two percent difference in skill translates to almost an assured win over many, many, many hands of gin.

"But you could have a big difference between somebody, maybe a 60 to 40 percent skill level difference, and gin is still chancy enough to where you could play 10 hands and lose six or seven of the hands than someone that's much worse than you skill-wise.

"Really there's only two—these matches are only played every two years, and golf is very chancy.

"So would it surprise you if the U.S. went on a similar run to what Europe has been on for the next 20 years. Wouldn't surprise me.

"You go to Vegas and you play roulette and the chances are 50/50 but skewed toward the house a little, it could hit red six times in a row, but that's not abnormal.

RELATED: THE OUTRAGEOUS PRICES OF THE RYDER CUP OUTFITS

They look like they will team up with each other in the opening two days' action.

Cantlay added of his Ryder Cup theory: "I try to take a very long-term view on things like that. Who knows.

"The weather is different every year. You're really going to ask a question like that and think you're going to get the right answer? I don't have the answers to that. This is my first one."

A birdie for @Patrick_Cantlay and this match is now tied. #QuickHits pic.twitter.com/3iChZ5Nxga