Jordan Spieth ended his four-year wait for a PGA Tour victory at TPC San Antonio, with The Masters just around the corner. 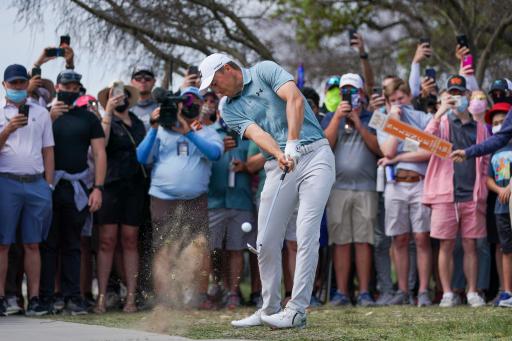 Jordan Spieth's fine form this season was finally rewarded with a win at the Valero Texas Open, finishing two shots ahead of Charley Hoffman on 18-under par.

The 27-year-old Texan shared the lead with Matt Wallace at the start of the day on 12-under par. He shot 3-under on the front nine of the final round, including a superb birdie on the third hole to reach the turn at 15-under and two head of Hoffman.

Spieth holed important birdie putts on the 12th and 14th holes and almost chipped in for birdie on the 15th hole.

Hoffman was two behind with three to play as he looked for his second win at the Valero Texas Open.

Hoffman, 44, played superbly during the fourth round and he chipped in for birdie on the 13th hole and birdied the 14th to remain in touch with Spieth.

On the difficult par-3 16th, Hoffman rolled in a superb birdie putt to go within one shot of Spieth.

Spieth's putting was solid, however, and he remained cool and collected throughout the final day as he birdied the 17th hole to finally pull away from Hoffman.

WATCH SPIETH'S BIRDIE AT 17 IN THE VIDEO BELOW

Spieth went on to birdie the 17th hole and seal a two-shot victory on 18-under par.

"I actually felt really light, I felt like I wanted to come out and smile and try to have some fun," said Spieth.

"A challenge for me on these Sundays when I have been in contention is not coming out with a real lightness to me and I thought today I did. I like hanging out with Charley and I had all of yesterday with Matt. It's been a long road.

"There were a lot of times when I wasn't sure if I'd be here with you talking to you about this right now. I never really doubted myself to be able to get back to where I wanted to go, but when you lose confidence it's hard, a lot of the time it's hard to see the positives going forwards."

The three-time major champion has found his best form at the perfect time with The Masters beginning next week.