Cameron Tringale: Could his wait for PGA Tour glory finally be over?

Could Cameron Tringale end his 12-year wait for a PGA Tour title at the Valero Texas Open? 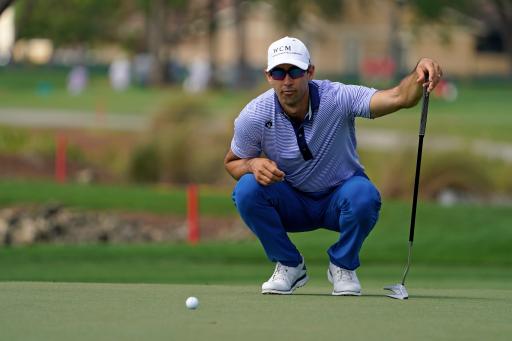 Cameron Tringale fired himself to the top of the leaderboard after round two in Texas with five consecutive birdies on his front nine, finishing on 9-under-par and two shots ahead of home favourite Jordan Spieth and England's Matt Wallace.

Tringale has been a regular name on PGA Tour leaderboards since his debut season in 2009, but 296 events down the line and he is still looking for his first tour victory.

In 2014, Tringale finished tied second at The Barclays at the end of the season which was arguably his best performance on the PGA Tour to date, and the current World No.89 then followed that up with a respectable 15th place finish in the Tour Championship.

The 33-year-old American hit the bar again in 2015 when finishing second to Justin Rose at the Zurich Classic of New Orleans, before finishing second again in the Shriners Hospitals for Children Open the same year.

These runner-up finishes are as close as the Californian has come to victory on the PGA Tour, however, he did win a limited field team event alongside Jason Day in 2015 at the Franklin Templeton Shootout.

Tringale's best finish so far this season came with a third at the RSM Classic in November behind winner Robert Streb.

Tringale has been faultless so far in the Valero Texas Open this week, following rounds of 66 and 69 to vault him to the top of the leaderboard after 36 holes. It marks only the second time in his career in 297 starts that he has had the lead after two rounds on the PGA Tour.

While still searching for that elusive first win, Tringale is an extremely experienced tour player who has amassed $13,127,013 during his time on the PGA Tour, and a win in Texas this week would come as no surprise to many.

Spieth followed up his opening 67 with a 70 to stay just two shots behind and very much in touch for his first victory since the 2017 Open Championship.

England's Wallace also lies just two shots back as he goes in search of his maiden win on the PGA Tour, despite having won four times on the European Tour.