Home » Travel » Rest of the World 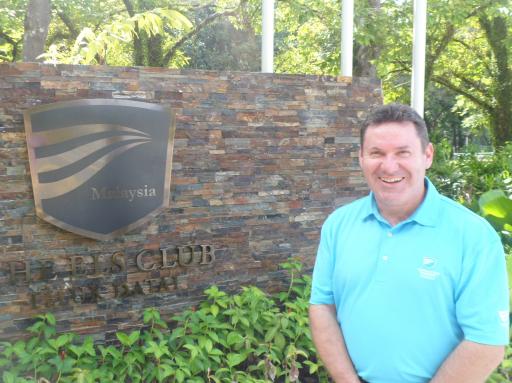 THE ELS CLUB MALAYSIA is delighted to announce that industry stalwart David Townend has been appointed to oversee the company’s burgeoning golf resort position in South East Asia in his new role as Senior Vice President.

With over 30 years’ experience in the golf, leisure and hospitality industry, Townend has made the move from his role as Director for Troon Golf’s Australia, Asia-Pacific region, and will take control of The Els Club’s growing Malaysian portfolio, with the responsibility of increasing awareness of the country as a leading destination among golfers worldwide.

The appointment comes on the back of the official opening of Ernie Els’ stunning redesign of the former Datai Bay Golf Club, Langkawi, which is now known as the Els Club Teluk Datai.

On assuming the new role, Townend, a 26-year member of the PGA of Australia, said: “It is a great honour to have been selected to head up the development and operations of The Els Club Malaysia.  Malaysia boasts some of the world’s most scenically stunning settings for enjoying the great game of golf and the opening of the Els Club Teluk Datai, and two additional Els Club courses in the near future, will open the eyes of golfers across the world to this truly unique location.”

He added: “My immediate goal is to establish Malaysia and, particularly, the Els Club Teluk Datai, as South East Asia’s No.1 destination for travelling golfers, a reputation befitting the incredible 5-star golf course we have to offer here. Guests in the region will be able to experience for the first time, the levels of service and beautifully manicured courses that Troon Golf, the world leader in upscale golf management are recognised for.”

With a career comprising roles as General Manager, Director of Business Development and Director of Operations, Townend has been employed across Asia for more than 20 years, and has developed an impressive resume in properties that he has managed in China, Japan, Taiwan, Singapore and Indonesia, where he has been responsible for pre-opening and operations management at numerous highly-acclaimed facilities including; Troon Golf Australia’s most-awarded facility, Brookwater Golf Club, and China’s exclusive Shanghai Sheshan International Golf Club, host of the WGC-HSBC Champions event, among them.

"It is our aim to put Malaysia on the world map for bespoke luxury with a clutch of sophisticated properties, said Hanley Chew, Chief Operating Officer of DRH. “David is a strategic addition to the management team as we needed someone who understood the level of quality we are focusing on, as well as the ability to steer the developments and market them on a global basis.

“David’s experience nurturing the growth of the golf properties will be key as we continue to attract the discerning golfer to our locations.”

The Troon-managed Els Club Teluk Datai was unveiled to great acclaim from golfers, the media and industry officials earlier this year and was recently named the ‘Best Golf Course’ at the 2014 Asia-Pacific Property Awards, setting it apart as the region’s No.1 destination for the game.

Teluk Datai is the first of three Malaysian Els Club venues and represents the government’s drive to develop a world-class portfolio of attractions to elevate national tourism through its investment arm, DRH.