Golf courses can be hard to find in the city, so we have done the hard work for you. Here is a list of the ten best golf courses to play in the Birmingham area 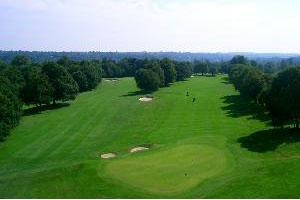 Although not the longest, Edgbaston should test most golfers. It is a par-69 course that was designed by the legendary Harry Colt, who also worked on the likes of St Andrews, Muirfield, Sunningdale and Royal St Georges. At a minumum of £35 per round though, it is not cheap.

Harborne is another course that will set you back a few quid. It is three miles from the city centre and five from the M5, meaning it is central enough to be easily accessible, but far enough out not to feel cramped, playing 6,210 yards. It is a parkland course, also designed by Colt.

Gay Hill is celebrating its centenery year in 2013. It is a parkland course set in a valley with a stream running through it, which comes into play on several holes. It is 6,406 yards long, with narrow fairways and fast greens.

Kings Norton is located in South Birmingham, just north of the M42. It plays 6,748 yards and is a par 72. There are 27 holes on the championship course, allowing visitors to pick and choose which of the three sets of nine they play.

Forest of Arden Country Club is set in 10,000 acres of Warwickshire parkland. There are two 18-hole courses, and the championship course has hosted events of the European Tour, such as the British Masters and England Open. Darren Clarke and Colin Montgomerie have both won here in the past.

This course is laid out in the 2,400 acres of sutton Park, meaning you wouldn't even know Birmingham city centre is only a couple of miles away. The heathland course is designed by Augusta National mastermind, Alister MacKenzie. Par 72, 6,548 yards.

Yet another Harry Colt-designed course, Sandwell Park is a heathland course characterised by its undulating fairways and tricky greens. It is a par-71, playing 6,468 yards off the white tees.