With more golf courses than any other county in the country - and some of the best ones too - it's hard for golfers to wrong in Surrey. We have compiled a list of the top ten golf courses to play in Surrey. 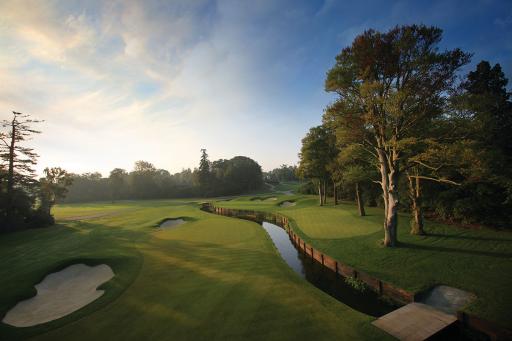 St. George's is a course to rival any in the country, let alone in Surrey alone. There are three separate nine-hole loops which can be paired in any combination to create a round of 18. The course has not changed much since being designed by Harry colt in 1912, although - at £135 for a round in peak season - the green fees certainly have.

Walton Heath has hosted the Ryder Cup, US Open Qualifying and the Senior Open Championship, and is regularly voted inside the top ten courses in England. There are two immaculate heathland courses, although it is the Old Course (7,462 yards off the back tees) that people come from far afield to play. The courses were both designed by Herbert Fowler, and five-time Open champion James Braid was the club professional from 1912-1950.

Postcode: KT20 7TP
Closest station: Tadworth
Cost of round: £145-175
Playing requirements: No visitors before 9.30am on weekdays or 12pm at weekends
Website: Walton Heath Golf Club

Burhill is perhaps not quite in the same league as some of the premier courses in Surrey - but the competition is stiff. The two parkland/heathland courses are very different in style and set-up, with the old playing shorter but perhaps requiring a little more nous. There are also currently plans for a few tweaks to be made, which might just transform Burhill from good to great.

As the home of the European Tour, Wentworth needs no introduction, but we'll give it one anyway. The West Course is the most televised course in Britain, although the club's other two courses (East and Edinburgh) are both well worth a visit in their own right. Harry Colt designed the East and West courses, while John Jacobs was helped by Bernard Gallacher and Gary Player in creating the Edinburgh. The West Course may be the showpiece, but a chance to play at any of Wentworth's gems should not be turned down.

Postcode: GU25 4LS
Closest station: Longcross/Sunningdale
Cost of round: West: £195-360 (includes compulsory caddy charge), East/Edinburgh: £95-160
Playing requirements: No visitors at weekends unless paying for accommodation, no visitor play on West Course in May, must have handicap of 18 or lower to play West Course.
Website: Wentworth Golf Club

Often overshadowed by some of the bigger names, Coombe Hill is a bit of a hidden gem, and disappoints very few who play it. The course is not long at 6,401 yards off the whites, but a good thinking game is required to post a low score, and if you're not clever with the putter then you could be in for a long day. Situated just outside Wimbledon, it's also easy to get to for those living in central London.

Foxhills has two championship courses in addition to a nine-hole par-3 course. There is little to choose between the championship courses - Longcross and Bernard Hunt - although they are quite different in their layout. At 6,892 yards off the back tees, the Bernard Hunt is just the longer of the two, while the Longcross requires straighter hitting due to its tree-lined fairways and strategic bunkering.

The Addington is a heathland course located just east of Croydon. The Shard, Canary Wharf and the Gherkin all linger on the horizon, although the beautiful surroundings make it easy to forget that central London is under ten miles away. The long par-3 13th will test all handicappers.