Mid-Wales and North Wales under the spotlight 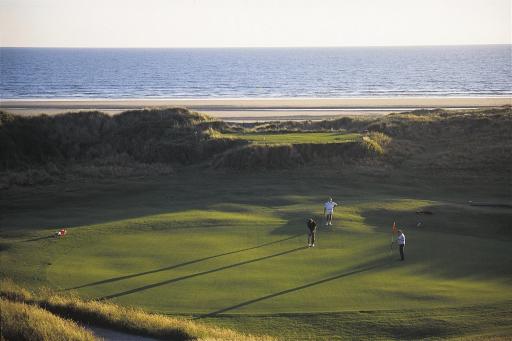 All eyes will be on Wales when it hosts two outstanding professional tournaments at The Celtic Manor near Newport this year and we thought it appropriate to mark your card when considering the Principality as a likely holiday destination.

The Wales Open will be staged from June 3-6 while the Ryder Cup between European and the US will be hosted at the popular South Wales resort from October 1-3, when 24 of the world's greatest golfers will be competing in matchplay.

In the meantime here's a review of some of the best course to be found in Mid-Wales and North Wales.

A quiet region with a lot to shout about

When it comes to golf, peaceful Mid Wales has it all. There’s everything here from classic links courses to dramatic fairways in the shadow of mountains.

Go to one course in particular and you might be dragged into the Great Debate about whether Welsh golf began at Borth & Ynyslas or at Tenby further south. Golf of some form was played here by the sea  for many years before the game became properly organised. They claim that the Borth & Ynyslas club was formed three years before Tenby gained the official title as ‘first Welsh club’.

Whatever the truth it's a splendid course that suits players of all abilities. Not that it’s easy – the Welsh Golfing Union regularly stages important national tournaments here.

The famous links at the lovely little resort of Aberdovey have become a golfing shrine thanks to awe-filled recommendations down the years from such luminaries as Bernard Darwin and Ian Woosnam. A little further north, at Harlech, the views really do challenge the golf for supremacy. Look over your shoulder at the renowned links course of Royal St David’s and you’ll have the intimidating battlements of Harlech Castle gazing down at you from the cliff above.

Mid Wales will match your golfing game time and time again. Aberystwyth, the region’s handsome ‘capital’, offers stirring golf and some wonderful views over the Victorian university town and resort. Travel further down the coast and you’ll come to Cardigan, a gem of a course with stunning clifftop views and a refurbished clubhouse – all of which place it among the elite of Wales’s championship-quality courses.

To the east, across the mountains, are the borderlands of the Welsh Marches. There’s a long history of conflict here that can be traced back at least to the 8th century when King Offa of Mercia built the first official border between England and Wales. When you play on the Llanymynech course you’ll be driving across ancient Offa’s Dyke.

Welshpool, another borderland course, is rated to be the most mountainous and the hardest on the legs, but the strain is well worth it. At Llandrindod Wells, Harry Vardon built an involving course that doesn’t permit much time to study the stunning scenery. The picturesque and popular Builth Wells course has a clubhouse converted from a 15th-century Welsh longhouse, while the ninth at Cradoc shows the peaks of the Brecon Beacons in all their glory.

It’s especially easy to make the most of the golfing riches at these latter three clubs, since they have joined together to offer ‘Heart of Wales’ golfing packages.

Read the other pages in this article...