GolfMagic heads to the spiritual home of the Ryder Cup - could we replicate Seve's famous drive at 10?! 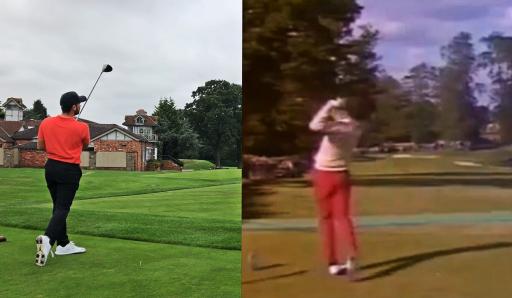 With little more than a month to go until the 2018 Ryder Cup at Le Golf National, what better time for GolfMagic to tee up at the spiritual home to sport's greatest biennial clash between Europe and the United States.

Its famous Brabazon course has witnessed some of the Ryder Cup's most memorable moments, including Sam Torrance's winning putt on the 18th green in 1985, the same year Seve Ballesteros became the first player to drive the now-famous par-4 10th...

Our man Sam attempted to follow in Seve's footsteps in Part 1 of our new Belfry Vlog. Could he do it?! Find out below...

Sam says: "As soon I arrived on the 10th tee, I suddenly got a huge sensation of how iconic this hole has been in Ryder Cup history. You could almost feel the presence of people who would line up and down this hole.

"Standing on the tee, this hole just invites you to pull out the driver and give it go. That's exactly what I did... I hit a great tee shot which caught the bank on the left hand side of the green and it unfortunately splashed into the water. Nevertheless it was a great feeling to give driver a rip like so many great golfers have done in the past. How Seve ripped his 3-wood on there back in 1985 defies belief in all honesty. It's just a great hole."

Stay tuned for Part 2 of our Belfry Vlog when Sam tackles the famous par-4 18th!

Equipment news
Toptracer and The Belfry announce historic multi-year partnership
Best tips and instruction
4 things to consider before aiming at the pin!
Iron Play
3 simple tips to start nailing your long irons
Equipment news
Biggest myths about golf clubs and their performance
Driving
WATCH: How to hit a low driver into the wind - TOP GOLF TIP!