Golfers have even more reason to be attracted to The Manor House, Wiltshire, after Castle Coombe has been crowned the prettiest village in the UK. 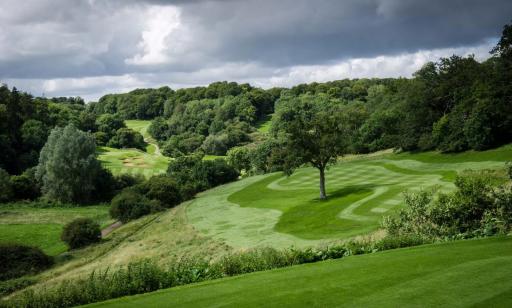 Golfers have even more reason to be attracted to The Manor House, Wiltshire, after Castle Coombe has been crowned the prettiest village in the UK.

A Welsh cottage company, FBM Holidays, conducted research looking at more than 160 places across the UK to collect data to determine the prettiest towns and villages in the country.

Each town and village was scored on multiple ranking factors, including how many awards it has and the number of Instagram hashtags.

How many times it featured in articles about the UK's prettiest places, towns or villages was also taken into consideration, as was its local National Trust sites and how many Google images of it were available.

The data was then ranked to reveal the overall top 10 prettiest places to visit in the UK, with Castle Combe topping the charts.

GOLFMAGIC REVIEW: THE MANOR HOUSE - THE VERY BEST STAYCATION IN THE SOUTH WEST

Already boasting an enviable reputation among avid golfers, the delightful 18-hole championship course, immersed in the enchanting surroundings of the Cotswolds with 365 acres of breathtaking rolling countryside as a backdrop, offers some of the most idyllic scenery which can be seen on an English golf course.

Designed by Peter Alliss and Clive Clark, the mature oak and beech trees that line the carefully manicured fairways, together with the immaculate greens and the River Bybrook meandering through the middle, bring both drama and beauty to the 6,500-yard parkland course, which is rightly considered one of the best in the South West.

Golf Club Manager, Andrew Ryan, said: “We always knew that we were lucky enough to be located in one of the most beautiful parts of the country – but to be named number one is something quite extraordinary.

“We’re incredibly proud of our surroundings and location, but we want to make sure that the product we offer is just as good. Our hotel and golf course are exceptional and blend seamlessly with the scenery to offer a special experience in the Cotswolds.

“Our greenkeepers work tirelessly to make sure that the course is just as impressive as the village it is situated in. And with exceptional course conditions all year round, particularly at the moment where it’s looking immaculate, they deserve so much credit.”

In addition to the golf course, The Manor House estate also encompasses the luxury 14th-century stately hotel, home to a Michelin starred restaurant, al-fresco dining terraces and a dedicated gin bar, as well as the cosy 12th-century country pub which sits in the heart of the village.