LOUDON GOWF CLUB: "We were turning away the members we were trying to attract’"

How the world’s only 'Gowf Club' used technology to reduce admin, attract members and future-proof itself in the face of the Covid-19 pandemic. 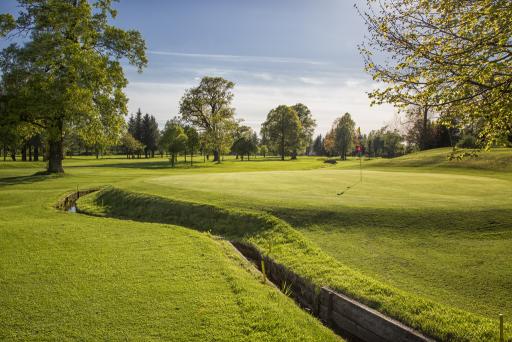 Just a stone's throw from Kilmarnock, Loudon Gowf Club stands out proudly as the only 'Gowf Club' in the world.

Golf or "Gowf" (the old Scottish word for golf) has been played on the private golf field of the Campbell family of Loudoun Castle since 1909 – whilst some historians say the course has been used since 1688.

Lauded as a parkland gem, the course measures just 6,000 yards but still provides a tricky test for all handicappers.

We sat down with Jim Davidson, club secretary for the last six years, to tell us how his club went from business as usual at the beginning of 2020 to enjoying a ‘boom time’ as Covid-19 restrictions lifted and attracting younger members in the process.

"At the start of 2020 we were ambling along," said Jim. "We were a club with more than 700 members if you include social members and colts, but like a lot of clubs, we wanted to grow the 20 to 40-year-old category.

"We started to learn that we couldn't grow if we didn't have a digital system in place, our old system simply didn't work for younger members."

Up until the pandemic hit, Loudon Gowf Club was still using a ball shoot and didn't have bookable tee-times. Things had to change, and fast.

"We learned that this was a bit of a turn off for the group of members we were trying to attract to the club," explained Jim.

"From speaking to them we found they didn’t have spare time, so waiting 30 minutes to tee off just wasn't going to work."

For Jim, there was the added headache of managing Loudon's existing flexible members, which he describes as a "nightmare".

"For the administration, we had to manually input when they played, and because we didn’t have a tee-sheet and that made the whole process very labour intensive."

Jim recalls conversations he was having with the committee, explaining how the tee sheet was busy at the times you’d expect, but Monday to Friday afternoons were that much bit quieter.

His conversation with the group was two-fold... how does the club increase its mid-week activity when the course was at its quietest, and what the club was planning to do to reverse the decline in younger members?

"We were losing lots of young people, the age group you don't want to be losing as a golf club," said Jim.

"Firstly we re-categorised our membership offering to include an 'intermediate' rate up until age 30.

"Secondly, we brought in PlayMoreGolf as our online flexible membership offering and to support our midweek bookings as we felt that suited younger members.

"We had many players who were busy with work and young families. For them to pay a full membership and playing a handful of times was not practical.

"I can remember having conversations with some of them who were undecided on whether the membership was the right decision for the year ahead.

"Many felt that they didn't get enough value and as many players told me the money could be spent on a family holiday - so I knew this was something we had to address as a club."

To start with, Jim thought Loudon would be lucky to retain its existing flexible members with the introduction of PlayMoreGolf.

To his delight, the category grew substantially because it was giving younger golfers what they wanted - flexibility to still be a member of their club, have and handicap, but not have to pay the significant annual subscription.

Jim promoted the offering of the new membership category and was ecstatic to welcome back old faces and brand new players.

"I've got an exciting job to tell all our members who will be moved over to PlayMoreGolf about all the benefits they're going to be able to take advantage of," said Jim.

"What’s not to like?! The flexibility of the system for the players, and the streamlined administration for me felt like all my problems had been answered.

"Plus, the advantage to our members, giving them 20% of their points to play at other clubs felt like a bonus and not something we had seen from any other flexible membership offering."

Recent findings from PlayMoreGolf shows that 70% of members enjoy the flexibility of playing other courses. Not only is this a benefit to the player, but clubs can take advantage of PlayMoreGolf’s 14,000 active members (and potential visitors) to their club.

The future of Loudon Gowf Club looks bright, with a bustling flexible membership offering attracting younger players it has allowed the club to invest in the brick and mortar of the club.

From a new terrace area that started life as a temporary structure during the height of the pandemic to a refreshed clubhouse.

Members are also reaping the benefits of a club which has gone from strength to strength in the face of a pandemic.

For more information about PlayMoreGolf, please visit their website.