Evalu18 checks out one of the best 9-hole golf courses you'll see anywhere in the UK... 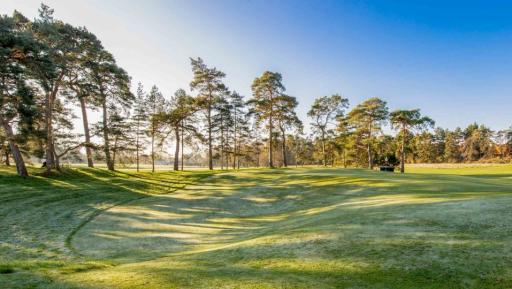 Any other club would love to have even a shred of Mildenhall’s heritage to hitch their proverbial marketing wagon to. Two club presidents have been royalty, and it’s home to the Cambridge University golf team, writes Evalu18.

If that’s not enough: H S Colt, John Low & Bernard Darwin’s names are intimately woven into the very fabric of the club. However, the understated elegance and unpretentious nature of the club epitomises the olde worldly charm that makes Mildenhall so great.

History and tradition are respected but not rigidly adhered to. The welcome and interest shown to visitors are reminiscent as if one is welcoming an old friend to their humble manor house. Dogs are welcome and so are shorts if wearing long socks. Two balls ensure quick play and match play is preferred.

The course itself is simple yet genius; understated yet brilliant. A somewhat common-looking piece of land, it appears unremarkable at best but hidden in its wrinkles is its quirkiness. The turf plays hard and fast. Centreline bunkers come into play on four of nine holes. Water is also found on four of nine but is a none factor for all but the most egregious of mis-hits.

Four of Nine have you tee off over the previous green. Natural depressions on Three through Five and Seven can steal a shot if found. There are shared fairways on Two and Three as well as Four and Six. There are width, strategy, and angles. HS Colt’s redesign of number Nine is downright fun, playing over a burn and a road!

The green complexes are breathtaking, especially on numbers One and Nine. With bold contours surrounding them, these undulations are perfectly woven into the fabric of the putting surface itself. The grass is closely mown, revealing a multitude of perplexing options for recovery.

Multi-tiered greens, such as One and Five, are fair but flummox even those with a deft touch. Shaped like an upturned bow, Two is spectacular. The greens on Four and Eight fall away naturally with the hillside, making both approaches semi-blind and thought-provoking.

The bunkers appear Victorian both in design, placement, and construction in some places. The edges are kept ragged and natural save for the side closest to the intended line of play. Brilliant work by a keeper of the green focused on the minute details. The course exudes the character that seems to come only with time and seasoning.

Five is one of the best par 3’s you’ll find anywhere, at least according to Tom Doak and Martin Ebert. It’s short, has no water nor bunkers. The green is multi-tiered, narrows at the rear, falls away sharply on both sides.

With the grass cut short, the recovery shot is usually more memorable than the tee shot itself. Bernard Darwin writes that a wise play may be to lay up, then chip it dead and carefully walk away with a par.

There are no dull holes though some seem suspect from a design point of view at first glance. However, the more you play them, the more you’re intrigued by their nuances.

Six is a good example. A row of trees lines the right-hand side. A long par four from the tips, if you avoid the trees by going left, you increase the distance of the second shot. You also bring into play the bunkers shared with the fourth fairway. There is also the need to carry the two bunkers guarding the front left of the green. Hug the trees to the right too tightly, and you make the green in regulation impossible. A lay-up offers you little respite as it brings two bunkers as well as a collection area into play to the left of the green. Hit one superb shot, and it’s rewarded by an easier next. No matter how you play it, par requires at least one magnificent shot.

Some might be put off by a 9-hole par 35. However, once played you’ll no doubt agree that it can rightfully be called ‘sacred’ and perhaps ‘the best nine-hole course in the world.’

It makes you wonder why golf sometimes seems to try too hard. Simple elegance. Subtle nuances. It may take a couple of times around to wash your mind of the rhetoric that has usurped our perceptions of what modern golf has become.

Much like St Andrews Old, it gets better every time you play it.

If this type of golf were replicated, which seems entirely possible given the parcel of land it’s on, we would all be richer for it.