The first hole-in-one of the 2020 US Open has been made by Patrick Reed during Thursday's opening round. 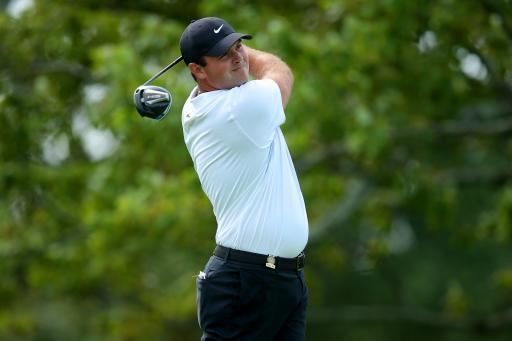 Winged Foot is already proving why it's known as one of the most challenging courses in the world, with its thick rough and fast greens taking plenty of prisoners so far, but just hours into the opening round we have witnessed the tournament's first hole-in-one, courtesy of everyone's favourite player, Patrick Reed.

Reed stepped onto the 7th tee with a score of 1-over par but fired his way up the leaderboard when he played a beautiful draw into the 165-yar par-3, with the ball taking one bounce and then landing in the hole. Watch Reed's epic ace in the video below:

Watch the opening round live now on Sky Sports Golfpic.twitter.com/nBhxLMQXMo

RELATED: You won't believe how deep the rough is at Winged Foot for the US Open...

It was a slow start for Reed, who made a double-bogey at the 5th hole, before bouncing back with a birdie at the 6th and then getting himself under par with his ace at the 7th.

The 2018 Masters champion has been tipped by many to be in contention come Sunday at Winged Foot, due to Reed's incredible putting ability and versatility off the tee.

The 30-year-old, currently ranked 10th in the world, capped off the 2019/20 season with a T8 finish at the Tour Championship.

RELATED: Tiger Woods describes Winged Foot as the toughest course in the world

Reed is playing his opening two rounds with Hideki Matsuyama and Jordan Spieth, who will be desperate to have a much more successful season on the PGA Tour.