Justin Thomas currently holds a one shot lead at the 2020 US Open, with Rory McIlroy just two behind. 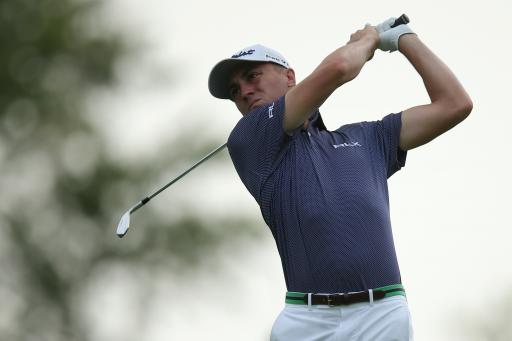 It was an uncharacteristically good day of scoring at Winged Foot during the opening round of the 120th US Open and it's Justin Thomas who holds a one-shot lead.

The greens were much softer than anticipated, allowing players to go pin seeking, something they may struggle to do the rest of the week as the greens start to firm up.

Thomas fired a 5-under par score of 65 to give himself a one-shot lead over Matthew Wolff, Thomas Pieters and Patrick Reed, who made an epic hole-in-one at the 7th hole.

RELATED: Patrick Reed makes first hole-in-one of the 2020 US Open

Rory McIlroy looked solid on Thursday, especially on the par-3's, making birdie at three of them to help the Northern Irishman shoot a 3-under par 67, a score matched by Lee Westwood and Louis Oosthuizen.

Related Articles
Tiger Woods? Matt Fitzpatrick? Who hit the BEST EVER shot in the US Open?
USGA CEO responds to heavy criticism of US Open broadcast
Click to subscribe
Never miss a video from

Tournament favourite Dustin Johnson got off to a poor start, only managing a 2-over par 73, as did 15-time major champion Tiger Woods.

Thomas made a solid start and was 1-under through his opening eight holes, before three consecutive birdies from the 9th through to the 11th saw the World No.3 rocket up the leaderboard, with his final birdie coming at the 18th hole.

Xander Schauffele, tipped by many to win his maiden major title this week, opened his account with a 2-under par score and World No.2 Jon Rahm, also seeking his first major, was one of the 21 players to shoot below par on Thursday with a 1-under 69.

Two-time major winner Zach Johnson shot a steady level par opening round, but rolled in one of the greatest putts we have seen on the PGA Tour for a long time.

Johnson started on the 10th hole and was 1-over par through his first nine. At the 1st hole (Johnson's 10th), the American faced a very tricky putt that required a bit of imagination. Watch Johnson's incredible putt in the video below:

This putt from Zach Johnson is absolutely OUTRAGEOUS! pic.twitter.com/vf8mwRAsSw