Or will Brooks Koepka land an historic US Open threepeat? Who will tame Pebble Beach and become the 2019 US Open champion? 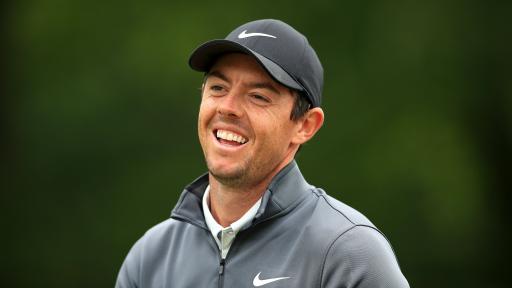 When it comes to winning a US Open, no matter which golf course the USGA decides to host the tournament, there are certain assets you must always bring to the fore. Typically, however, a big name will walk away with the first prize.

Keeping your ball in the short stuff has consistently proven the No.1 trait for US Open success, shortly followed by a precise touch with the putter on customary lightning fast greens - which have more often than not caused an element of controversy with the USGA letting them get out of hand.

When it comes to this week's venue Pebble Beach, recent past winners in Tiger Woods, who won by a record 15 strokes in 2000, and Graeme McDowell in 2010, have all relied on those aforementioned qualities. They also relied on laser-like approaches, both ranking in the top five for greens in regulation during their respective weeks.

Pebble Beach, especially during a US Open, will provide one of the most exacting and gruelling major tests for a Tour pro. It's fair to say anything under par each day will send a player rocketing up the leaderboard.

RELATED: 6 HOLES WHICH WILL LIKELY DECIDE THE US OPEN

Brooks Koepka has won the past two US Opens at Shinnecock Hills and Erin Hills, relying on a power game off the tee both weeks, and his good friend Dustin Johnson relied on exactly the same when clinching his maiden major at Oakmont in 2016.

The two US Open winners before that eased off the gas from the tee in Jordan Spieth (Chambers Bay, 2015) and Martin Kaymer (Pinehurst, 2014), and you could say similar for Justin Rose (Merion, 2013) and Webb Simpson (Olympic Club, 2012).

Rory McIlroy topped the driving distance charts when lifting the US Open trophy at Congressional in 2011, in stark contrast to his compatriot McDowell, who relied on precision rather than power when sealing a narrow one-stroke victory the last time Pebble Beach hosted the US Open in 2010.

An all-round game will be needed to tame Pebble Beach given it requires accuracy of the tee with length in places, a premium on finding the greens in regulation and keeping out of the deep greenside rough, and a deft touch with the putter.

WATCH: PEBBLE BEACH'S GREEN REPAIRS ARE ON ANOTHER LEVEL!

GolfMagic fully expects the winner of the 2019 US Open to be a big-name player ranked inside the top 20 in the world. We don't envisage a one-off fluke winner with all due respect to those making up the rest of the field this week.

For us, Dustin Johnson will likely prove a tough man to beat this week when you consider his current form but more importantly his course form having performed admirably in the AT&T National with two previous victories and a number of other close calls here.

Rory McIlroy will carry a weight of expectation following his runaway seven-stroke romp at the Canadian Open last week, as too Tiger Woods after his memorable comeback major win at The Masters to land a 15th career major to move within just three of Jack Nicklaus.

Then of course you have the hottest man in world golf right now in Koepka, who will bid to become the first player to win an historic US Open threepeat since Willie Anderson in 1905 this week.

Check out GolfMagic's US Open Betting Tips video, and keep up to date with all the scores and news on GolfMagic.com and our social media channels.