You what mate? Jordan Spieth had no idea of new US Open format 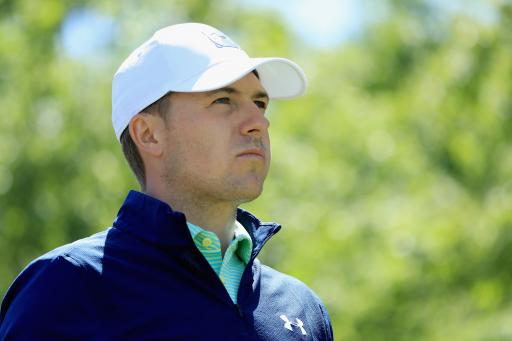 Jordan Spieth was left shocked during his US Open press conference on Tuesday when the media brought it to his attention that the USGA had indeed changed the US Open playoff format as of this year.

Spieth, who won the US Open at Chambers Bay in 2015, was left confused when a journalist asked him what he made of the USGA's recent decision to abandon the 18-hole Monday playoff in favour of a two-hole aggregate playoff played straight after the completion of 72 holes.

"It's the first I've heard of that being an option," said Spieth, who even explained he had checked the weather forecast for Monday should he have found his way into a playoff.

It was then brought to Spieth's attention that it's not even "an option" and is actually set in stone - just as the case was at the recent US Women's Open where Ariya Jutanugarn was victorious after four extra holes, despite owning a seven-stroke lead with just nine holes to play.

"I guess strategy changes a little from an entire round," said Spieth. "But honestly I had no idea that it even changed. So shows you what I know.”

There has not been a playoff at the US Open since, yes you guessed it, Tiger Woods ousted Rocco Mediate at Torrey Pines in 2008.

NEXT PAGE: TIGER WOODS' EPIC PUTT TO EARN PLAYOFF IN 2008