The PGA Championship is the only major trophy that Jordan Spieth is yet to win. 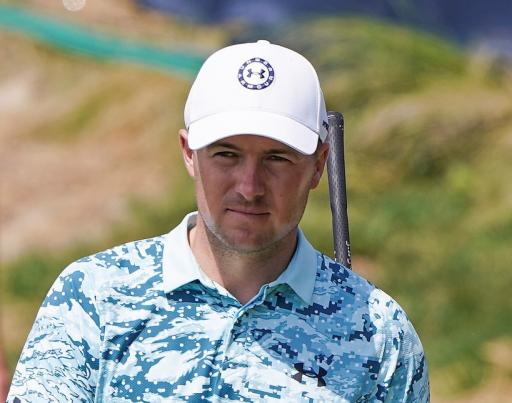 Jordan Spieth can join an elite club this week as one of the handful of players to have completed the Career Grand Slam, but he has insisted it is not on his mind as he looks to win the PGA Championship.

Five players in the history of the sport have completed the Grand Slam and should Spieth go on to win at Kiawah Island's Ocean Course he would join Gene Sarazen, Ben Hogan, Gary Player, Jack Nicklaus, and Tiger Woods.

After finding a resurgence of form over the past few months, Spieth now goes into the second major of the year as one of the favourites with the bookmakers.

Spieth won both The Masters and US Open back in 2015, before liftign the Claret Jug when he won The Open two years later in 2017 and although he is determined to add the PGA Championship to his trophy cabinet, the thought of completing the Grand Slam is not on his mind.

"We're trying to peak for the majors. I feel like I'll have a lot of chances at this tournament, and if I just focus on trying to take advantage of this golf course, play it the best I can and kind of stay in the same form tree to green I've been in, all I can ask for is a chance."

Kiawah Island is set to challenge the players not only with the Ocean Course's extremely long length, but also its breezy conditions, something that Spieth believes will play a huge role in this week's action.

"I can't speak for other players, but for myself, I haven't looked at the length of a golf course since junior golf," he added. "Things change, and the wind will make 515-yard holes play driver, nine-iron if it's downwind and it gets firm.

"I've heard the back nine stretches to almost 4,000 yards, and then today Matt Jones came to the range and said 'Man, 14 through 18 was all you want today'.

"So it could be about taking advantage of the downwind holes and hanging on for dear life into the wind out here. The holes will play obviously much longer when you turn into the breeze and then much shorter downwind, more so than other golf courses when they can get firm and fast and the ball is going to chase out.

"I think picking clubs off tees, picking lines off tees, are going to be important, but I would have liked to have seen the golf course a few times. It just wasn't a possibility this year for me. Going to need to do a lot of good work the next two days.

"Controlling your tee shots in the wind with kind of some awkward-looking tee shots like hitting towards a tree when the fairway looks like it's somewhere else, that's kind of the gist of what I've heard off the tee.

"And then a lot of it being a second-shot golf course, having to really control your distances from 160 to 220 yards in the wind and being able to hit as many greens as possible with this paspalum grass. I think getting on to those greens in regulation is going to be very important this week, and inevitably windy conditions being on the water.

"This week I think it'll be more about hitting middle of greens and then taking advantage of par-fives."

NEXT PAGE: Groups & UK Tee Times for Round 1 and 2