When Tiger Woods is playing golf, people watch. Check out these numbers from the US PGA... 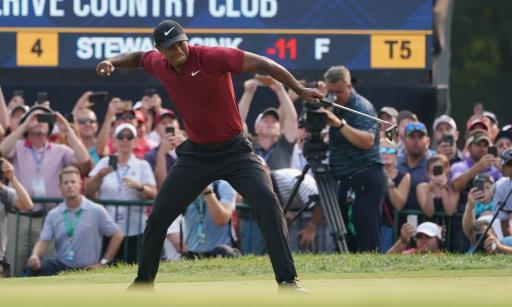 The US PGA may have proven a tough one to watch comfortably this side of the pond, but the story was a little different in the United States as CBS Sports is reporting a whopping 73% increase in final-round viewing figures against 2017.

Tiger Woods raced through the field with a 6-under 64 to finish runner-up behind winner Brooks Koepka, who collected his third major title in his last six major starts.

An average 8.5 million watched in the US - up from 4.9 million when Justin Thomas secured his first major title last year - the highest figure since 2009 when Woods again finished runner-up.

TV viewing figures reached a high of 12.3 million at the conclusion of play at 7pm ET.

Woods' return to golf has seemingy fuelled people's interests in the sport again, especially in final round of majors.

The US PGA coverage for many UK and Ireland golf fans proved a little different on streaming site Eleven Sports, which saw technical glitches happen all too frequently and a lack of true insight into the game across all four days - depicted none better than Brooks Koepka being referred to as "Bruce" at times and the stream cutting out during his winning putt.