Woods reflects on the positives after narrow defeat at golf's final major of 2018. 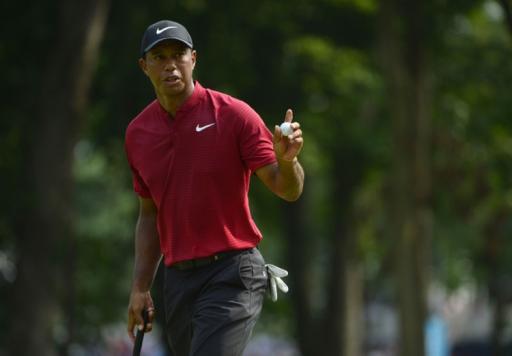 Tiger Woods was quick to take the positives after finishing runner-up behind Brooks Koepka at the US PGA Championship at Bellerive.

Woods finished with a superb round of 64 - despite being incredibly errant off the tee - to finish two strokes behind the man who has now won three of the last six majors.

But instead of looking back on the mistakes, like he did at The Open when finishing tied sixth at Carnoustie four weeks ago, Woods is loving the progress he is seeing in his game.

“I was pretty ticked at the British Open,” he said of his performance at Carnoustie, where he led with eight holes to play only to finish three strokes behind winner Francesco Molinari.

Tiger Woods after Round 1 of US PGA: "Playing that kind of golf is gone"
Big names get off to TORRID START at PGA Championship at Southern Hills

“This one I never quite got to the lead. It was a course I couldn’t quite sit still and be okay with it. I had to keep making birdies.”

Woods found himself narrowly inside the world's top 700 at the start of the year, and now he finds himself back in the upper echelons of the game at 26th - and you would think a guaranteed pick in Jim Furyk's US Ryder Cup side come September.

“I didn’t have a swing at the time, I had no speed, my short game wasn’t quite there yet,” Woods reflected on where his game was 12 months ago.

“But God, I hadn’t played in two years, so it’s been a hell of a process for sure.”