Why the US PGA Championship should be moved to TPC Sawgrass

With rumours growing that the US PGA Championship may be moved from TPC Harding Park, there's one course that fits the bill perfectly and it's TPC Sawgrass, writes Will Trinkwon. 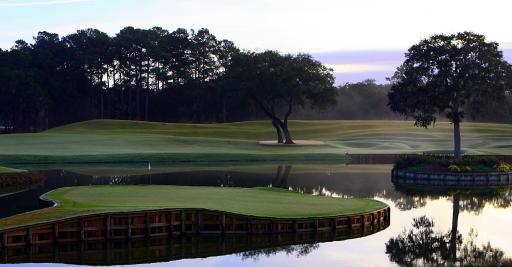 So, The Players Championship has been suspended. After months of build-up, the infrastructure being erected, tour players practicing feathering 140-yard 9-irons in preparation for tackling TPC Sawgrass' formidable 17th hole and its island green, Brandel Chamblee talking smack about Patrick Reed, the biggest PGA Tour event outside of the majors has been postponed indefinitely, as America attempts to contain the coronavirus.

COVID-19 and its latest victim is bleak news. However, those paying attention to golf media might have spotted a potential silver lining when the PGA Tour grape vine began to rumble. The rumour? That a now empty TPC Sawgrass and questions about TPC Harding Park paves the way for what many will view as a positive volte-face: the US PGA Championship being rerouted to the site of The Players.

For a golf addict like myself, this prospect is an incredibly exciting one. Since essentially the dawn of time, I have been spiritedly campaigning (well, to my friends at least) that TPC Sawgrass is a natural pick for a major like the US PGA Championship – which is probably why it’s host to The Players, golf’s unofficial fifth major and the non-major tourney that the PGA perhaps most resembles.

First, it ticks all the important boxes. History? Check. Prestige? Check. One of the most dramatic finishes in golf? Double check. Anyone in any doubt as to the wisdom of what I’m saying should imagine Rory McIlroy and Brooks Koepka, hearts in their mouths, desperately trying to quell their sweating palms as they navigate the tee shot on the 17th and then the water-fraught 18th with a major championship trophy in the balance.

Now, picture the three cookie-cutter par 4s (and one par 3) that make up the damp squib finish at TPC Harding Park.

That venue is a perfectly fine track. Excellent, in fact, compared to your average dartboard-on-grass layout that passes for testing on the PGA Tour. A band of glossy pictures on the US PGA Championship website make it look quite nice, showing shades of Pinehurst No. 2 in its peppershaker bunkering and tall trees. But it's not on the level of TPC Sawgrass. Arguably, it is not even TPC Boston.

But all this is academic, because for all my and every other sensible golf fan's reservations about the PGA's current venue, the PGA Tour's big boss, Jay Monahan, appears to be holding firm: “[PGA officials] are fully planning on proceeding with the PGA Championship at TPC Harding Park in San Francisco,” Monahan said. “There is no plan at this point in time for the PGA Championship to be held [at TPC Sawgrass]. It's going to be held at TPC Harding Park."

However, the door remains slightly ajar; for Monahan also stressed that the PGA's plans are not set in stone. In other words, they may alter with circumstances. What if an official at TPC Harding succumbs to coronavirus (mild case – obviously!)? Or The Players gets cancelled altogether? Or some other minor but significant event renders playing the PGA at Harding untenable and shoves Sawgrass to the front of the frame? The humanist in me rebels at the thought. But the golf fan... Picture McIlroy and Koepka, palms sweating, firing shots into that 17th green.