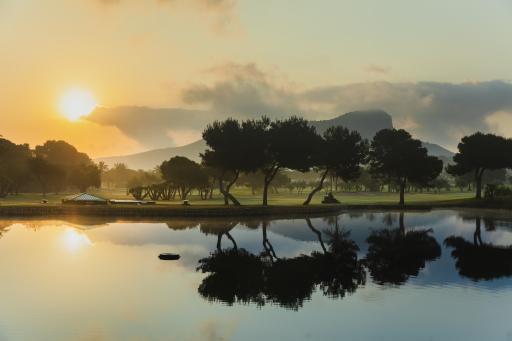 Hesperia Investment Group (GIHSA), headed by its president Jose Antonio Castro Sousa, has reached an agreement with Arum Group to acquire a majority stake of the luxury resort La Manga Club, with a total area comprising of 560 hectares with a privileged location in front of the Mar Menor and Mediterranean seas and adjacent to the nature reserve of Calblanque.

La Manga Club is a tourism and residential resort with a wide range of sports facilities which until recently belonged to Inmogolf, a company linked to Arum Group. Additionally, GIHSA will invest in the improvement of the complex in order to create the best leisure and sports resort in Southern Europe.

Arum Group will continue to run the real estate business in La Manga Club through its subsidiary Inmogolf, with a great development potential due to the touristic appeal of its excellent location.

Jesús Abellán, CEO of Arum Group, said: “Hesperia is the optimal partner to continue with this expansion project as this deal strengthens not only the resort’s further extension but also the development of the whole area, with a huge potential for residential tourism growth.”

A strategic deal for GIHSA

Since its opening in 1972, La Manga Club has gone through different development stages until becoming one of the most renowned leisure and sports resorts in Southern Europe. With this strategic deal GIHSA boosts its business activity in the premium resort business arena and brings its expansion plan a step further after initiating its new independent business plan at the end of last year.

Jordi Ferrer, CEO of GIHSA, said: “This operation perfectly matches our growth strategy in the hotel market with quality assets that allow us to keep consolidating as a reference in the Spanish hotel industry and, in particular, this acquisition will allow us to create the best resort in South Europe.”

The resort becomes part of Hesperia Hotels & Resorts’ catalogue of leisure and sports facilities, which so far was focused on the Canary and Balearic Islands where it owns four resorts. Three of them are included in the strategic alliance with Apple Leisure Group (ALG). In this sense, GIHSA is considering the option of closing a commercial deal with an international operator for some of the hotels at La Manga Club.

“Our strategy consists in always looking for the best alternative for each hotel,” added Ferrer.

Aside from the hotel, there are 200 four-star apartments on the resort (Las Lomas Village) especially designed for families and sports teams, with common areas that include two pools as well as leisure zones and restaurants. Within Las Lomas Village is a 2,000sqm Wellness Centre with 13 treatment rooms, saunas, steam rooms, Jacuzzis, a High Performance Sports Centre, gym and a 25-metre indoor pool.

On the resort there is a golf academy, pitch and putt facility, a junior club and play area and a wide range of bars and restaurants which the guests of the Hotel Príncipe Felipe, Las Lomas Village and resort owners and residents all have access to, without forgetting the beautiful cove called La Cala on the Mediterranean side of the resort.

A leisure and sports resort that is a reference in Europe

One of the main attractions at La Manga Club is its impressive variety of sports facilities. The complex has three 18-hole championship golf courses – each one with its own character – designed by renowned personalities of the golf world such as Robert Dean Putman, Arnold Palmer and Dave Thomas.

There is also a superb golf academy and a pitch and putt designed by Spanish golf legend Severiano Ballesteros. In 2017, the golf club received the proud honour of being granted royal status from the Spanish royal household, being renamed “Real Golf La Manga Club”.

The resort also boasts an outstanding tennis centre which, with as many as 28 courts including 20 clay courts, is one of the premier outdoor tennis facilities in Europe. Due to its cutting-edge facilities, it has hosted some of the most important events on the tennis calendar including the Davis Cup, Fed Cup and several ATP tournaments.

This broad range of sporting options is combined with a diverse, high-quality gastronomic offering, with more than 15 bars and restaurants completing La Manga Club’s leisure experience.

Hesperia Investment Group is one of Spain’s leading hotel groups with a presence at prominent urban and leisure destinations. As a 20-year-old business, it is one of the sector’s most experienced companies with a broad in-depth knowledge of the hotel industry. After this acquisition, Hesperia Hotels & Resorts will comprise of 29 three, four and five-star hotels with approximately 5,000 rooms located in main urban and leisure destinations and will employ up to 1,800 professionals.

GIHSA’s properties are designed to offer guests contemporary accommodation and a personalised service in dynamic urban and touristic locations, which increases GIHSA resistance to possible drops in the tourism trade.

The group’s portfolio of high quality assets is geographically and product diversified and as a result, GIHSA has a balanced mixture of income sources that reduces its risks and increases its growth opportunities as well as diminishing its seasonal exposure.

Arum Group is one of the most prominent promotor and real estate services providers, experienced in developing resorts and big scale leisure projects in the Peninsula and the Canary Islands. Its services include restructuring and management of tourism projects, design and promoter development, as well as sales, marketing and property commercialisation. The group frequently takes advantage of unique environments and facilities to build exclusive and profitable tourism and leisure communities.

Amongst its most outstanding real estate projects is the Abama Resort, located on the island of Tenerife. The group has been leading the whole development, construction and commercialisation process of the luxury apartments since 2011. Through its subsidiary Inmogolf, Arum Group will continue to develop its real estate business at La Manga Club, a complex with already more than 2,300 homes.