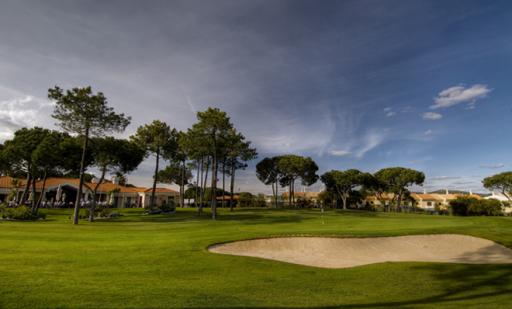 Vila Sol is part of the renowned Pestana group and is quickly becoming one of the Algarve’s most sought after golf courses - and with good reason.

Located in the centre of the Algarve in between the attractive and popular tourist destinations of Vilamoura and Quateria, it’s less than a 20 kilometre drive from Faro Airport.

The Vila Sol resort is surrounded by a vast 150 hectares of natural landscape, providing the setting with a serene atmosphere.

When it comes to golfing destinations, the Algarve is considered one of the world’s best golfing regions. The Pestana Group has six resorts in total, five in the Algarve (Gramacho, Vale da Pinta, Silves Golf, and Alto Golf) and one in Lisbon (Beloura). Vila Sol is the best resort within the group and the most likely to challenge some of the other powerhouses located in Algarve.

Since it’s opening in 1991, Vila Sol has held the Portuguese Open in 1992 and 1993, won by Ronan Rafferty and David Gilford respectively.

Donald Steel is an internationally well-respected architect and has been the inspiration behind some of the world’s best golf courses, including The Farm Course, Greensboro CC.

For Vila Sol, Steel didn’t feel the need to move excessive amounts of land to create unnatural hazards. Instead, he left mother nature to sculpt the 18 holes along the wide valley, lined with Pine, Cork and Fig Trees, requiring players to be straight off the tree.

The first 18 Holes are made up of the Prime and Challenge 9 hole loops, before Steel added another 9 ‘The Prestige’ in 2000.

The course offers a real test to all abilities, with many bunkers and water hazards tactically positioned around the beautiful manicured fairways and greens.

There are a couple of holes in particular that stand out. The downhill par-three 13th is technically the easiest hole on the course, but with a sloping back to front green and pine trees surrounding the dancefloor, it makes for a tough tee shot, especially when the wind is into the face.

The 17th is a fantastic finishing hole to the Prestige loop with water all the way down the left, forcing players to keep it right off the tee, leaving a chance of getting on the green in two.

The course is outstanding and offers great value for money. If you are thinking about your next golf holiday then look no further than the Algarve and the Pestana Group.  But in particular Vila Sol should be considered as a destination, with its beautifully manicured fairways and greens all year.