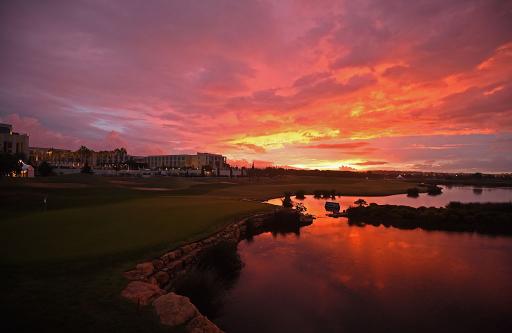 Golf has been played in the Algarve since 1966 when three-time Open champion Sir Henry Cotton laid out the first track at Penina.

Since then, this stretch of southern Portugal has become one of Europe’s premier golf destinations featuring 42 nine or 18-hole layouts that can be played year round in picturesque surroundings.

The world of golf will see one of many delights of golf in the Algarve on the European Tour this week as the Portugal Masters tees off at the Arnold Palmer-designed Clube de Golfe.

More than half the courses in the Algarve dot the 100-mile coastline with its sandy beaches, rocky coves and quaint fishing villages, while others lie inland and take advantage of the spectacular natural flora and fauna.

We cast our eyes over 12 of the best this golf-rich region has to offer. 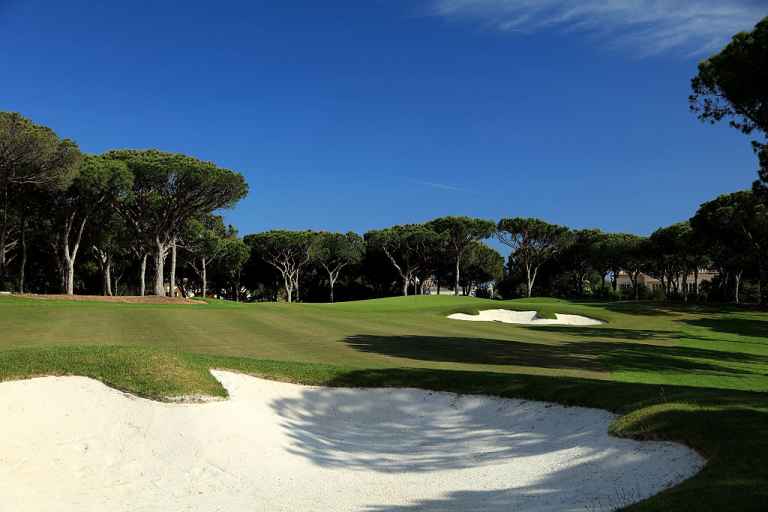 Set among 2,000 acres of the picturesque Ria Formosa Natural Park and just 15 minutes from Faro Airport lies Quinta Do Lago, featuring three of the Algarve's finest.

The jewel in the five-star resort's shimmering crown is the South Course, which was designed in 1972 by William Mitchell with "American-standard" greens, tees and bunker.

The property has hosted the Portuguese Open eight times, and remains one of the premier layouts in Europe.

The front nine holes, which wind their way through parkland, favour a draw, while the back nine, which loop around the lake, favour a fade from the tee. Thick rough, plentiful water and demanding doglegs add to the challenge. 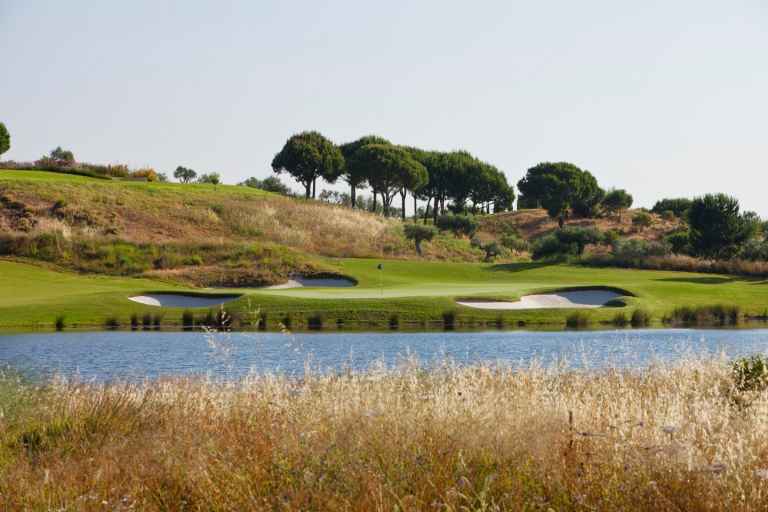 Monte Rei is located in the hills northeast of Tavira, near the Spanish border, away from the cluster of courses in the eastern Algarve.

The Jack Nicklaus "signature" course, the only one of its kind in Portugal, is located in 1,000 acres of glorious Algarve countryside, and boasts stunning views across the local region.

Water comes into play on 11 of the 18 holes, and crafty bunkers will punish players who manage to stay dry but do not make it onto the putting surface.

A second Jack Nicklaus-designed course is in the pipeline, but it will be a hard task to match the original, which has been ranked as the best course in Portugal.

San Lorenzo occupies a stunning location next to Quinta do Lago on sandy ground bordering the Atlantic and the marshland bird sanctuary of the Ria Formosa.

After opening in 1988, the layout has consistently ranked as not only one of the best courses in Portugal, but in Europe.

It is a course that requires strategic thinking and a cool head - it's often best to leave the driver in the bag, as the fairways are narrow and winding.

Water is one of the course's main defences, with a number of the holes running down to the beach. 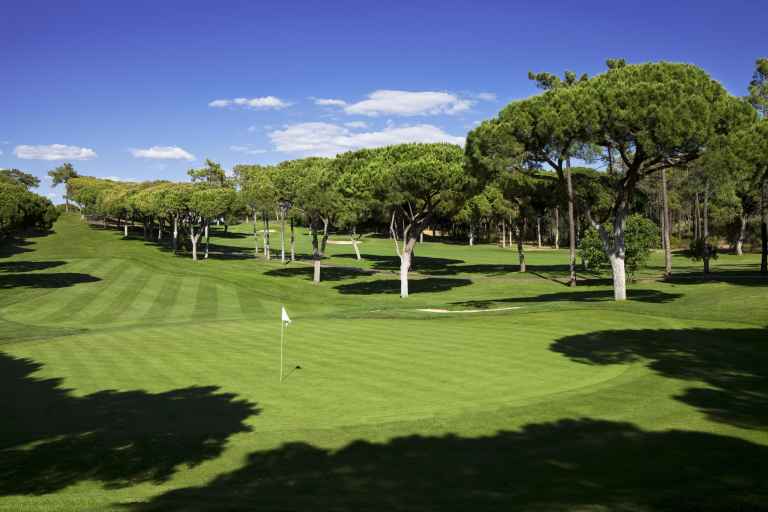 Located in the heart of the famed Vilamoura region, a 20-minute drive west of Faro, this Frank Pennink-designed parkland style layout is one of the oldest in the Algarve, opening for play in 1969.

The venerable track meanders through abundant pine trees and undulating terrain, providing a tranquil setting to play the game.

The club underwent a modernisation in recent years, with a new clubhouse and putting green among the amendments.

BEST OF THE REST 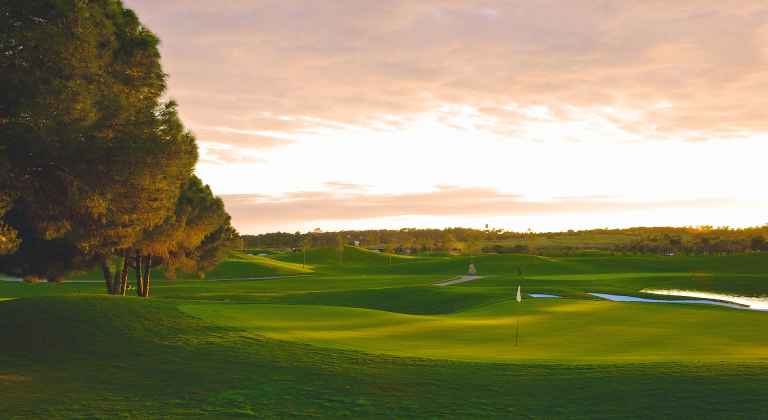 The proximity of the North and South courses, which are just a few hundred metres apart, means you can play one in the morning and the other in the afternoon.

The North Course has undergone a £6.7m facelift, under the watchful eye of architect Beau Welling and 2014 European Ryder Cup captain Paul McGinley.

One of the most telling additions was Bermuda grass, making approach play much easier for higher handicappers. Overall, the course retains its teeth, and focuses on precision and strategy but it has become more accessible to the lesser player.

Undulations are a theme throughout, both on the fairways and greens, and the putting surfaces are lightning fast.

Laranjal is the new kid on the block, opening for business in 2009. It took just two years to gain its first award of Portugal's Best New Golf Course in the Portuguese Travel Awards.

The charismatic course is built on old orange groves, and it is a beautiful but brutal 18 holes of golf.

Players need to be straight off the tee as many of the holes are doglegs, and the fast, undulating greens will forensically examine your short game.

Water is evident throughout, and there are spectacular views across the course from numerous raised tee boxes.

The longer Alvor Course presents the stiffer test, with a plethora of elevation changes as the holes ascend hillsides or descend through intimate valleys.

The Lagos Course begins with a similar parkland setting but takes golfers into the expansive dunes, while the tricky, yet memorable Praia Course features four seaside holes locked between the beach and the railway line. 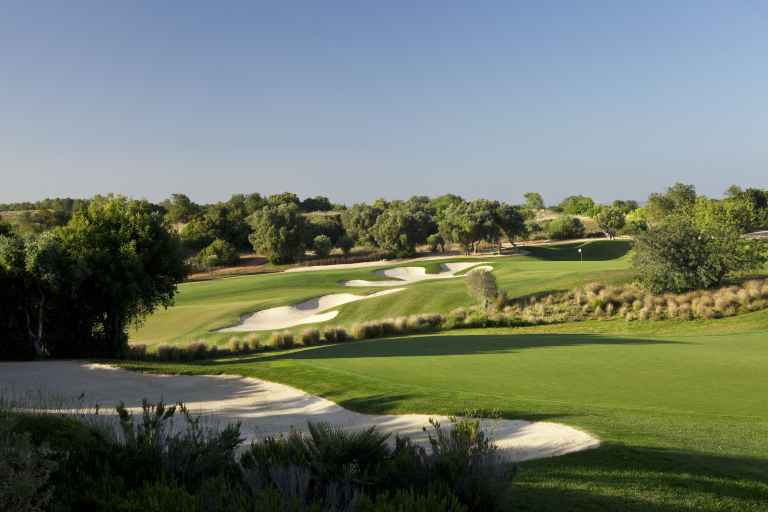 Sir Nick Faldo had a strategic test in mind when he laid out this new track at the Amendoeira resort in 2007.

The big, undulating course requires patience and forethought and may not reward those whose default weapon is the driver on every tee box. Faldo's design is devilish and incorporates desert-like scrub and bunkers, rocky outcrops, water, olive groves and a number of blind tee shots.

"This was a very exciting project, which gave me a great opportunity to exploit my passion for design the same way I exploited my passion for playing," said Faldo. "You have incredible views, beautiful undulating land and any time you have natural terrain like this, it is great fun to work with.

"The real skill is that when you stand on the tee, the golf hole tells you what to do and if you do what it tells you there is reward but if you don’t you’re penalised. The back nine is quite hilly, which is fantastic because we’ve got some great views to complement the course." 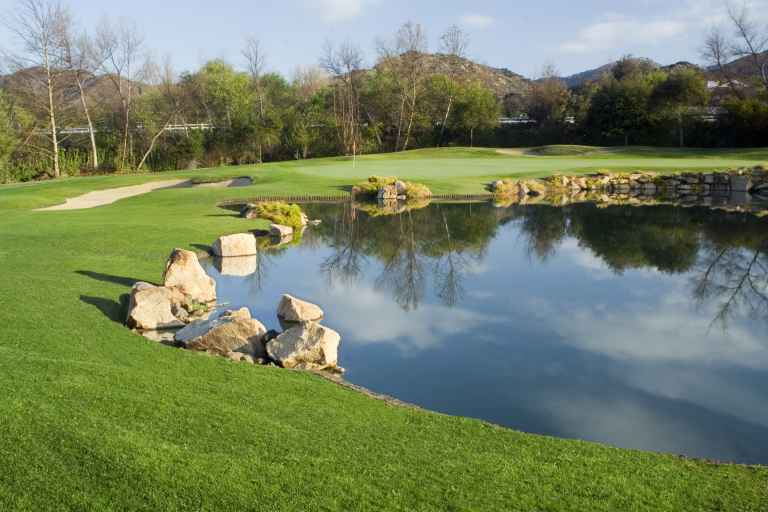 The Sir Henry Cotton Championship Course - one of three courses at Penina - was the first 18-hole course to be built in the Algarve and has since played host to the Portuguese Open on 10 occasions.

Regarded by many as one of the finest courses in Western Europe, Cotton’s design poses one of the stiffest tests in the Algarve, with a premium placed on distance and accuracy throughout.

Flanked by streams, lakes and precarious ditches, the course boasts an array of subtle slopes and raised greens, and requires pin-point accuracy from the tee on many of the par-four holes.

Set in a stunning 360-acre estate, amidst an impressive array of natural landscape surroundings, the Penina Hotel & Golf Resort has been voted Portugal’s leading golf resort by the World Travel Awards. 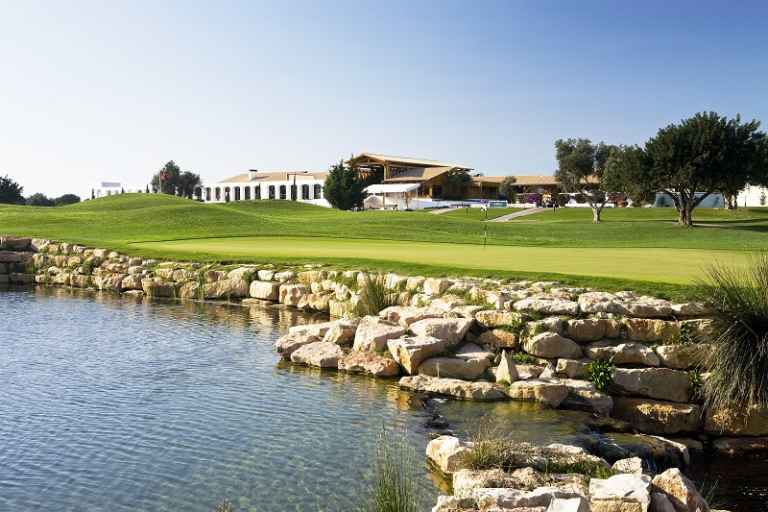 Crafted by the Arnold Palmer Design team and opened in 2004, Oceanico Victoria is a big, championship track that meanders amid the typical vegetation of carob, olive and almond trees.

Extensive water hazards add to the ambience and provide strategic reservoirs for irrigation. The signature 17th features 12 cascades of water, while each hole enjoys five or six tee positions from which to hit to wide, undulating fairways.

Just outside Vilamoura is the Donald Steel-designed Vila Sol complex which opened in 1991. The venue now consists of 27 holes in three loops of nine but the prominent nines - Prime and Challenge - comprise holes 1-18.

The course, which hosted the Portuguese Open in 1992 and 1993, follows the native contours of the area and avoids unnatural earthworks and hazards.

The perfectly manicured, tight fairways are framed by pine, almond and fig trees with water prominent. Holes 1-9 tend to receive the most favourable reviews, with a tough start of three long par fours down tree-lined fairways.

Rolling fairways through pine-flanked avenues and lakes surrounded by wildflowers only hint at what is to come at Vale do Lobo's Royal course.

The bulk of the layout, based on original drawings by Sir Henry Cotton but crafted by Rocky Roquemore in 1997, features a picturesque stroll around the forested bluffs above the beach. The virtual island green at the short ninth is an early highlight before the course reaches the cliff edge and the iconic par-three 16th across a ravine.

It is one of the most photographed golf holes in Europe and a poster hole for the Algarve.