Post lockdown rush for golf leads to green fee and membership hikes up and down the country... 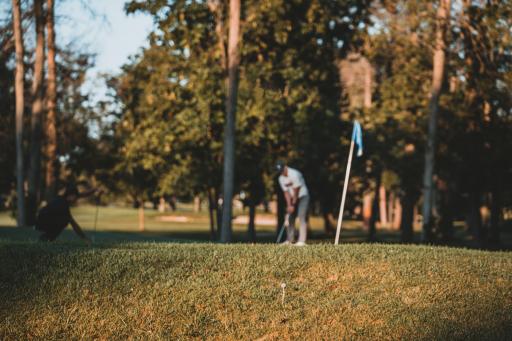 Golf might be returning in England on Monday, but some golfers will be faced with a huge spike in green fees and membership costs as a result of the post lockdown rush for the sport.

In a report published by the Daily Mail today, the newspaper found at least 12 clubs in the country have "dramatically increased playing fees and membership costs."

One of those clubs is Surrey National in Chaldon, which is rising weekend rounds after 3pm from £35 to £60, equating to a whopping 71% rise in prices.

Its parent company said it was simply a case of "supply and demand."

Another English golf club wasting little time in spiking their prices for weekend green fees is Westerham Golf Club in Kent, with prices for a round rising from £50 to £68.

"It's an absolute disgrace," said one GolfMagic reader who plays at the course regularly.

"I mean I know there's a real thirst for golf right now, but to stick a round up by an extra £20 is taking the mick, especially when most of the guys I know who play here have been on furlough."

A company spokesman told The Mail: "We've lost a hell of a lot of money over the past 12 months and ther'es enough people to pay those prices."

In 2020 when restrictions were eased to let golfers back on the fairways, the sport saw nearly two thirds more rounds played between July and September against the year previous.

Elsewhere, one GolfMagic reader is furious that Camberley Heath Golf Club in Surrey is only offering a six-week reduction for his membership in 2021, even though the golf club was closed for the best part of six months as a result of the pandemic.

"Camberley Heath is keeping the same rate as last year which is fine, but I'm fuming they aren't offering more of a reduction on golf this year," said one of our readers.

"I'm now thinking of moving golf clubs as a result."

Golf has been shut out since the start of the year in the third national lockdown, but will return on Monday March 29, with fourballs permitted and social distancing remaining in place as was the case previously when the sport was played in the country.

On Monday, golf clubs in England will be permitted to reopen their courses for players, and driving ranges will be allowed reopen providing they are outdoors.

All professional and retail shops will remain closed until Monday April 12.