What design do you demand from a golf course?

Research suggests MacKenzie got it right in 1920 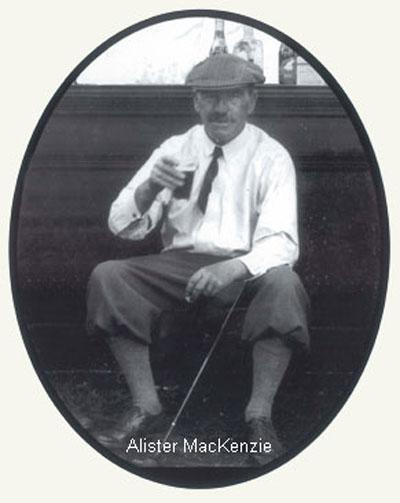 Nearly a century may have passed since the visionary course designer and former surgeon and teacher, Dr. Alister MacKenzie laid down his 13 rules on how to create a golf course in 1920. But following a survey of dozens of the world's finest course architects, little seems to have changed, a decade into the 21st century.

This has come as quite a surprise to the authors of a new research document 'Principles of Design in the 21st Century' - Sport Psychology Ltd which deals in the psychology of design of equipment and sports venues and Golden Golf Courses which focusses on the evaluation and psychological impact of golf courses.

They had expected to see a different pattern of results because of the development of earth- moving equipment unavailable in the early part of the 20th century. However, perhaps because of cash restraints in the current global economy, most architects indicated that they focus more on using the gifts that Mother Nature provides rather than plough through existing landscapes.

Authors of the research expected to see a rejection of MacKenzie's rule that states that there should be a minimum of walking between greens and tees because of the prevalence of buggies in the US and Canada compared to the UK and Europe but most still aspired to the original principle that these distances should be kept to a minimum.

The rule that came in for the biggest criticism stated that 'there should be a sufficient number of heroic carries”. And while authorities are maybe looking extend holes at Augusta National and the 17th at St Andrews, the modern breed of architects seem to want to place much greater emphasis on strategy to maintain the challenge and the enjoyment of the game for golfers at all levels.

There was also a significant focus on the importance of safety within course design that may not have been ranked so highly for previous generations, presumably because of the inferior  equipment and the shorter distances the golf ball was travelling.

It may now be many years since Dr MacKenzie, born in Wakefield of Scottish parents, last cast his eyes across a landscape as a vision of golfing heaven formed in his mind but his spirit can rest easy. The modern golf architect seems to have his principles very much at heart.

1. The course should have beautiful surroundings

Ranked equal 6th by participants who completed the survey with many architects indicating that surroundings were of little importance. While it's possible to build a brilliant course in an urban area most golfers agree there's something magical about a course set in a stunning landscape. The psychological

Continued on the next page...