Andrew "Beef" Johnston has been putting in the work in the gym and has been staying disciplined with his diet. His progress is incredible. 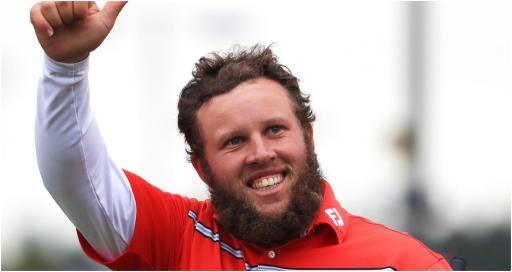 Andrew "Beef" Johnston has never been one to shy away from his problems.

In times gone by, he has admitted to having mental health struggles. Nobody is immune to that, he previously said.

Johnston memorably gave us a candid look into his issues with Sky Sports' Tim Barter way back in 2019 at the Scottish Open.

"My situation was quite interesting. I had no idea what was going on until I started working with a psychologist, and my fiancée, Jodie, was the one that pushed me to do that when I was very hesitant to," he previously told the publication.

Since then, Johnston says and appears to have put family first before golf. Even during the pandemic the popular Englishman has detailed his problems.

He described it as "covid unease" which prompted him to withdraw from the British Masters in 2020.

More: Rickie Fowler admits there is more to life than golf

"I'm struggling to get my head around it all,"Johnston told the Guardian "One minute I'm coming out of lockdown, going out for dinner, and then the next I'm back in lockdown in a hotel room."

Johnston only played in eight DP World Tour events in 2020. He had a much larger schedule last year and was impressive in his T6 finish at the BMW PGA Championship at Wentorth.

Fast-forward to the present day and it appears the Englishman has been working extremely hard on his physical health, too.

Next page: Jack Nicklaus and Justin Thomas will work together