Rickie Fowler discusses his form, the SGL and how fatherhood has changed his perspective ahead of the Honda Classic on the PGA Tour. 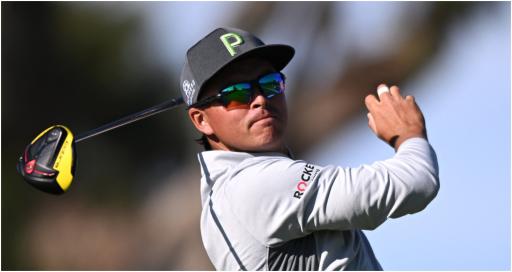 Rickie Fowler heads into the Honda Classic facing a battle that many other PGA Tour players have faced.

That battle is with himself. Fowler is currently ranked 121 in the OWGR and has needed an exemption to peg it up this week.

It's a story that is familiar with many pros. Form is temporary, but class is permanent. We know Fowler is talented, but something isn't right.

It hasn't been for a long time and Fowler knows this. Sir Nick Faldo once accused him of paying too much attention to shooting commercials.

Fowler showed us glimpses that he was back on the right track with a T3 finish at the CJ Cup at Summit. But since then, it's been poor.

Yet despite Fowler's undoubted attempts to get back in the winner's circle, he admits that he has found solace in finding a life balance.

That doesn't mean Fowler isn't working hard. The mental battle is real. He's changed his grip. His left hand was getting a little weak, he said.

He told the media when asked if fatherhood, combined with a difficult few years on tour, had put things into perspective:

More: Six reasons why the SGL will never go ahead

"Yeah, I feel like I've always been good at looking at things as far as either glass half full or understanding there's a lot more to life than just playing golf and what happens out here.

"It makes things a lot easier when you're playing well, but playing poor golf doesn't mean that you're unhappy or things at home are bad or anything like that.

"Things are awesome. Wife and little one, enjoying that. It's definitely a big change. I have to be a little more efficient with time and how it's spent, when and how and where, but definitely have enjoyed it.

"It was a big -- it was very nice to be able to have them on the road for those five and a half weeks with all of us being together. It's not easy traveling with a little one, hopping around houses to hotels and different stuff like that.

"Yeah, just going through a learning process of doing things a little bit differently now, and talking about the golf, yeah, definitely not where we've wanted to be, but there's at least been some highlights here and there to keep pulling us along.

"I'm excited about this week. I'm starting to feel a little more comfortable with some stuff.

"A couple weeks ago had to work on some big grip changes, getting into a very weak position, needed to strengthen that and get away or into a better spot.

"So that was more of a mental battle, trusting that and moving forward.

"Yeah, like I said earlier, it's nice to be home sleeping in your own bed and teeing it up at a place where I've had success."

More: Brooks Koepka believes SGL will not go away

Fowler was also asked about the hot topic in the golf world right now: Phil Mickelson, the Saudi golf league and the apparent fall out.

Whether or not the SGL gets off the ground remains to be seen. Brooks Koepka appears adamant it will go ahead as "someone will sell out".

"No, I don't see it going away. They're not scared about the situation. It's been interesting to kind of learn the ins and outs of both sides, but yeah, it has been an interesting week or so these last five to seven days."

"I've always looked at having competition as a good thing. For me that's always how I got better through say junior golf, through college golf and even out here playing against the best players in the world.

"Ultimately I think that if everything kind of goes the right way, I think everyone comes out in a better place.

"I just hope that everything kind of continues to either head the right way or not the wrong way, and we can all end up in a better place in the future."